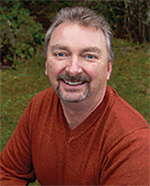 Drones: Another Tool in Your Kit, October 2020

Are You Checking for Carbon Monoxide Alarms?, December 2013

Making it in a Tough Marketplace, December 2009