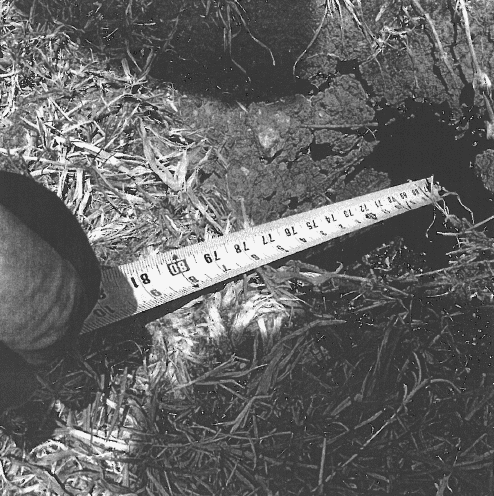 The following is a real home inspector case study from our insurance claim archives. In order to protect the insured’s identity, all identifiable characteristics—including names, associations, and locations—have been omitted or removed.

“You have been sued. You may employ an attorney. If you or your attorney do not file a written answer with the clerk who issued this citation by 10:00 a.m. on the Monday next following the expiration of twenty days after you were served this citation and petition, a default judgment may be taken against you.”

That was how home inspector Nathan Cross’ letter from the state began. According to the state, former home inspection clients Patrick and Miranda Spence were suing Cross and the sellers for “deceptive trade practices,” “breach of contract,” “economic and actual damages,” and “intentional damages by omissions.”

Unbeknownst to Cross, the property used to have a swimming pool. The sellers had filled the pool in and covered it up prior to putting the house on the market. The sellers did not disclose the pool’s existence to either the Spences nor Cross. So, when Cross performed his inspection, there were no visible signs of a pool in the backyard, nor were there any visible defects. Thus, Cross’ inspection report did not indicate any issues in the backyard.

About a year after the inspection, indentations began to appear in the backyard. Upon investigating the property’s tax records, the Spences discovered that a pool had existed prior to them moving in.  (The covered pool was not in the sellers’ disclosure.) They surmised that the sellers must have improperly filled the pool, which led to developing indentations. Now, a full year and a half after Cross’ inspection, the Spences were taking legal action. The Spences demanded “monetary relief of $100,000 or less, including damages of any kind, penalties, costs, expenses, pre-judgment interest, and attorney fees.”