By Roger Hankey | April 01, 2015
An Article From the Moisture Mysteries Series

This case, like many others, begins with a small amount of occasional dampness or drips in a ceiling with small amounts of water damage. We asked our customer, the homeowner, to describe the history of the leak, including as many details as possible about when the leak occurred.

The homeowner stated he bought and occupied this older remodeled home around April, 2011 and has had chronic, slight water seepage during the past three winters in the wall and ceiling below the master bathroom. He removed portions of the wall and ceiling to reveal the subfloor and water supply pipes to the hand-wash basin located above the water-damaged area. He stated that the water entering the subfloor is slight, always in the same location, and occurs only in cold weather. The homeowner was unable to find a source for this occasional leak. 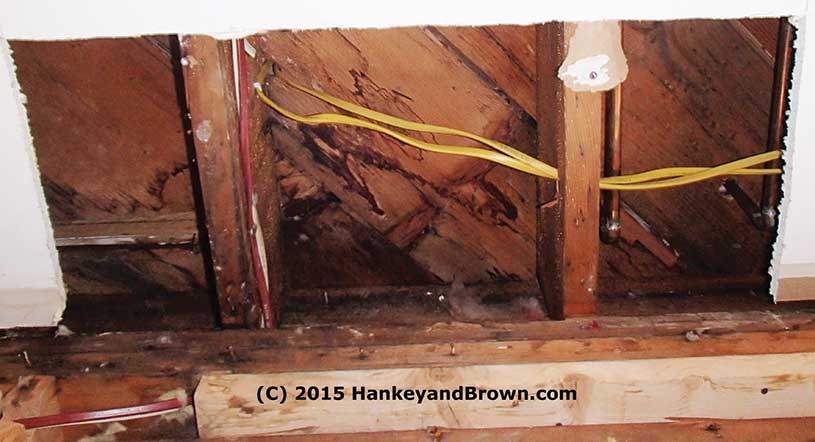 When looking below the hand-sink cabinet, we noticed a hole in the back of the cabinet at the upper left. A PVC pipe was visible through the hole. A close view of this pipe revealed a joint with a water drip on the joint. This joint was also not treated with the PVC primer. The dripping joint is aligned vertically with the water damage in the floor below. We wiped the water off the joint and went on to seek a cause for the drip. 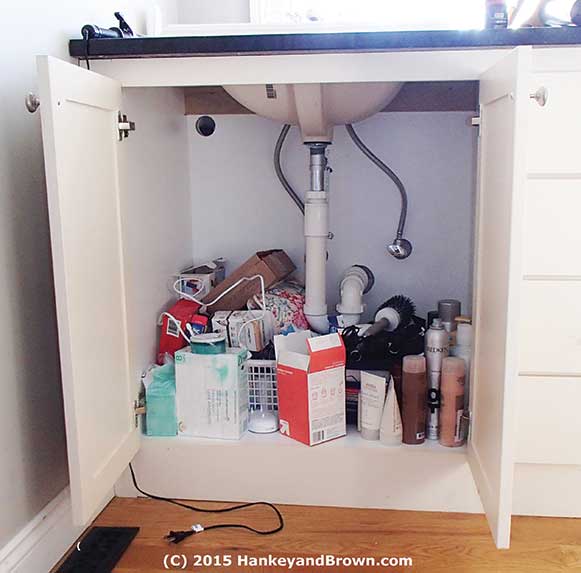 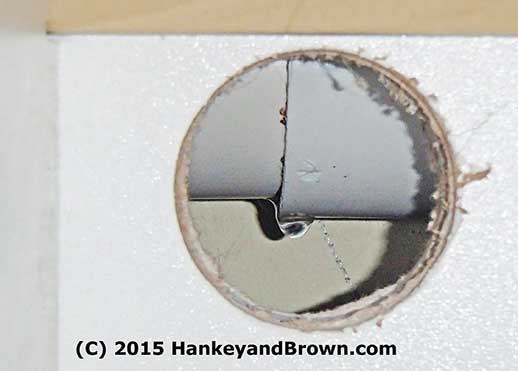 The owner’s original statement, that the leak- drip only forms during cold weather, led us to examine the attic. Frost had formed on most of the roof sheathing on this cold morning. We also saw several PVC plumbing vents running above the insulation, and areas where insulation was compressed, displaced and not covering the vent pipes close to the ceiling. 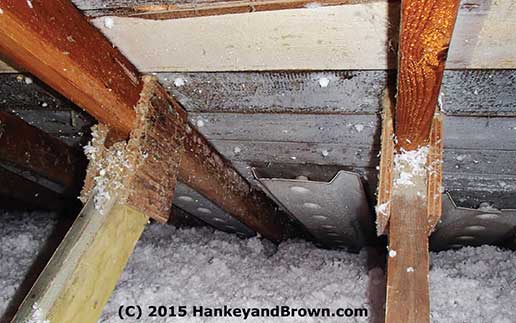 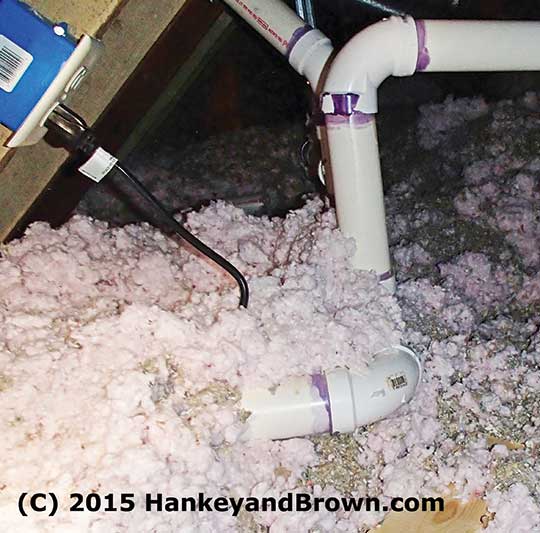 The frost, exposed vent pipes and the compressed/displaced insulation were the final clues needed to reach the following conclusion: A large volume of warm water vapor rises in the plumbing vents when the shower is used. When the attic is very cold, some of this water vapor condenses in the vent that is pitched to flow back toward the drain. Condensate flowing back down the vent reaches the poorly cemented joint in the vent behind the hand-sink cabinet. This was confirmed when a second drip formed at this joint about a half hour after wiping away the first drip found.

The recommended corrections were to have a plumber correct the leaky joint behind the hand- sink base cabinet, and to improve the attic insulation by attempting to stop warm air leaks into the attic – the source of the moisture creating the frosted roof boards.

This moisture mystery serves as a reminder that a pressure test of the drain, waste and vent piping is recommended after any additions or alterations are made to the plumbing system. All joints in the system must be tight since a loose joint in the vent can permit sewer gas to enter indoor air, as well as cause an occasional condensate leak.

Roger Hankey has been an ASHI Member since 1982. He has served on the ASHI Board of Directors and received the ASHI President’s Award in 1989 for his work as Chair of the Standards of Practice Committee. He operates Hankey & Brown Inspection Services, Inc. in Eden Prairie, MN, with his partner, former ASHI Member Cheryll Brown, and is Past-President of the Heartland Chapter.