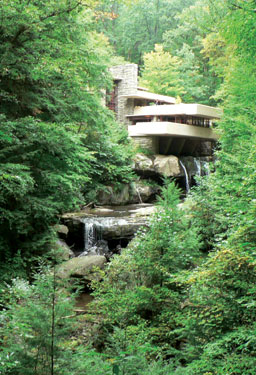 As a lifelong fan of the work of the famed architect Frank Lloyd Wright, I wanted to visit Fallingwater for years. Finally in the fall of 2006, my wife and I took a vacation to explore the beautiful Laurel Mountains of Pennsylvania and to visit the world’s most famous modern home.

I felt a bond with Mr. Wright because, before becoming a home inspector, I was a custom homebuilder in Virginia from 1975 to 1999, and with the help of architects and draftsman, I designed all the homes I built, the largest of which was apprimately 10,000 square feet.

I knew Fallingwater’s history before we visited it. The Kaufmann family of Pittsburgh engaged Frank Lloyd Wright to design a country home in 1935. Finished in 1937, the house incorporated many features that were ahead of their time. With the exception of the dining room chairs, which Mrs. Kaufmann purchased, the design of the furnishings was also part of the package.

Over the years, the Kaufmann family enjoyed the home, and it has withstood the harsh elements and attack of time. Some repairs have been necessary, and since Edgar Kaufmann Jr. turned over the house to the Western Pennsylvania Conservancy (WPC) in 1963, it has been lovingly maintained by the WPC.    I was so impressed with the WPC’s stewardship that I joined and occasionally sent donations. The Conservancy also maintains thousands of acres of land, and it leads the conservation efforts of the land and wildlife in Western Pennsylvania.

My wife tells me she can’t take me anywhere that I don’t instinctively inspect the premises. Such was the case on our visit to Fallingwater. We were on a tour that allowed us to take photographs and gave us access to just about the entire home. The photographs came out wonderfully, and I have included a few to whet your appetite. As I toured the home, I felt moved by the absolute beauty of it and of its setting. The genius of Mr. Wright’s design boggles the mind. The home is truly a classic work of art.
Later, when I downloaded my photographs, I discovered a couple of items that I felt duty bound to convey to the Conservancy. Because my wife told me not to, it took me awhile to get up the courage to write a letter about two items I thought needed attention.

In May of 2007, I sent photos and expressed my concerns about an “S” trap and the combustion air situation in the boiler room. As a peace offering, I enclosed with the photos an apology if I offended them and a donation.

I can’t understand why I haven’t heard back from them. I guess they have a few other things on their minds. 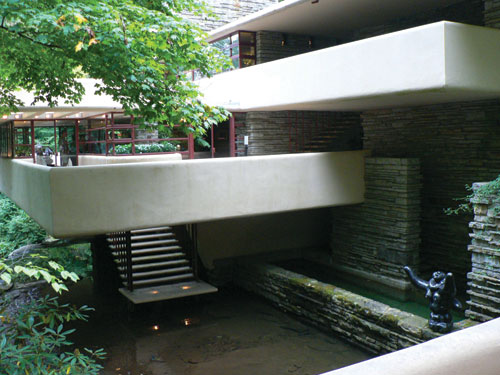 Photo: The stairs below the living room to the brook have a skylight above. 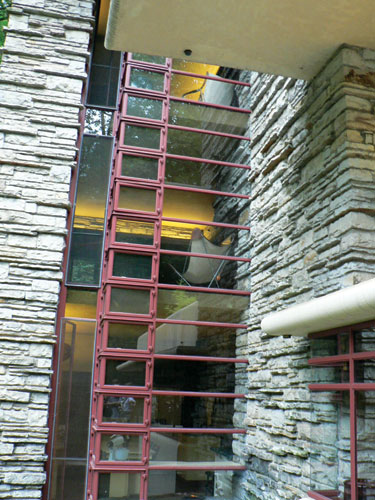 Photo: A view of the windows set into the stone. 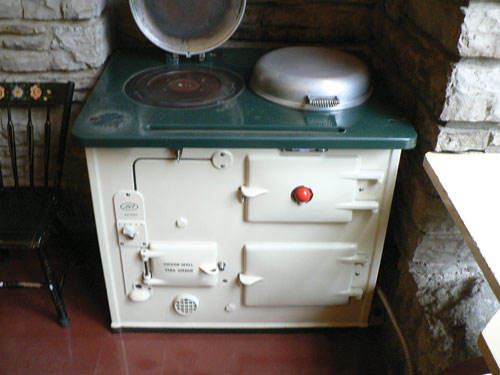 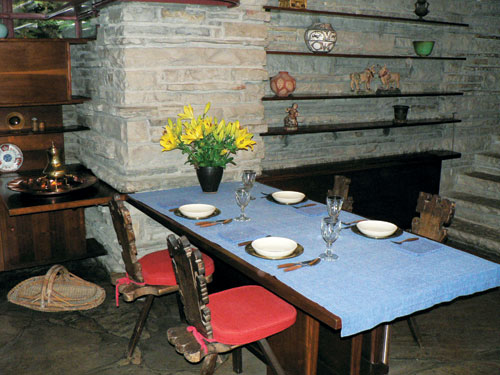 Photo: The dining room table seats five but has an extension that is part of the buffet. 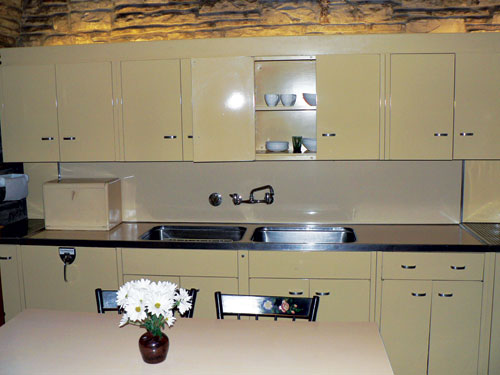 Photo: The small kitchen’s counter top surface “Formica” was state of the art for it’s time. 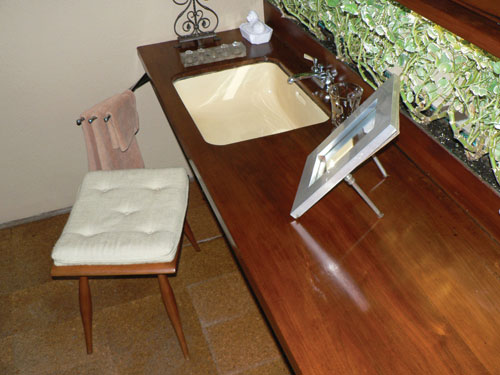 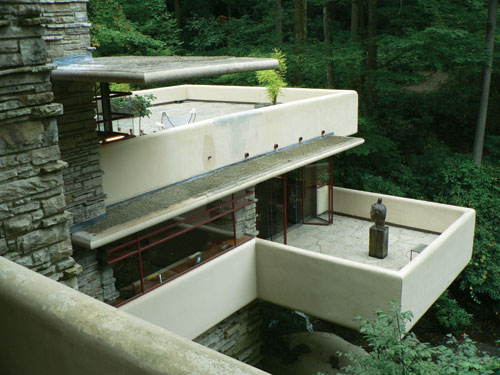 Photo: A view from the western terrace.

Photo: ASHI Certified Inspector Mike Stephens followed up his visit to Fallingwater with a letter and photos of two items he thought needed attention. The first item is this “ S “ trap. 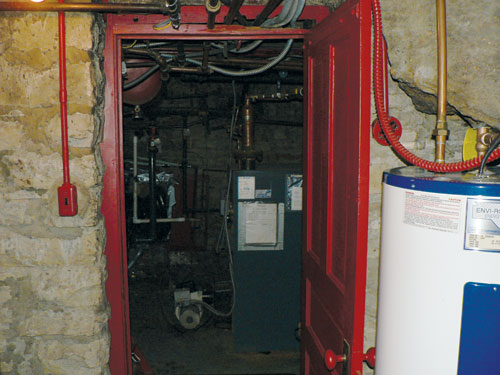 Photos: Mike Stephens sent his photographs of the furnace label and the solid door to the furnace room at Fallingwater with his 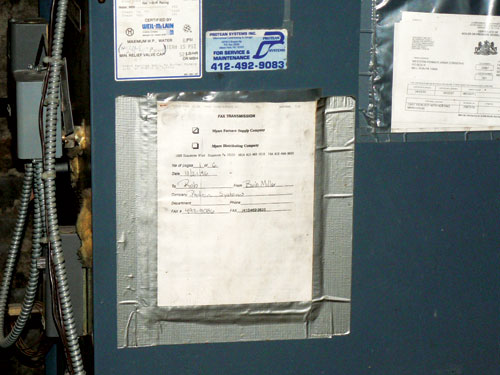 concerns about air combustion to the Western Pennsylvania Conservancy after touring the house designed by Frank Lloyd Wright, America’s most famous architect.


Fallingwater images are used with permission of Western Pennsylvania Conservancy.

Michael Stephens serves on the ASHI Board of Directors. An ASHI member since 1999, he owns and operates American Home Inspections in Fairfax Station, Va., and belongs to the NOVA ASHI chapter.