What is ASHI? What Makes ASHI Go?

ASHI's Mission Statement
To set and promote standards for property inspections and to provide the educational programs to achieve excellence in the profession.

ASHI delivers education in several ways. Nationally, we provide education at our annual conference, InspectionWorld® (IW), and, through our online Smart Track™. In October, we introduced additional education, the "e-Learning Catalog."

Because it was approved by Kansas for 16 hours, ASHI members from Kansas fulfilled their annual state requirements at one time. Unaffiliated home inspectors had an opportunity to see the quality education offered by ASHI. A magician was the highlight of the social hour.

PRO-ASHI also held its conference in September for members from Pittsburgh and western Pennsylvania. Chaired by Tom O'Connor, it was a great success with more than 80 attendees. The key presentation was a mock trial of a home inspector being sued because the buyer alleged the inspector missed a defective septic system. Attorney Joseph Denneler, who does litigation work for home inspector insurance companies, was assisted by attendees playing the home inspector, the buyers and two expert witnesses. Mike Casey, ASHI past-president, gave an excellent presentation on report writing. Two presentations on diversification included Dan Howard on Senior Safety Inspections, and me presenting the 203-K consulting program. 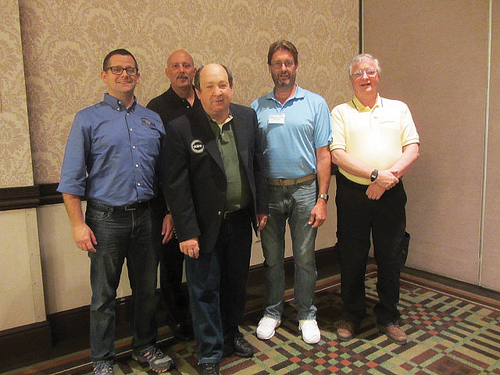 
The conference wholly subsidizes the chapter's cooperative marketing program through Internet, website and Find an Inspector search features, along with a printed "wheel" brochure.

The Southeast Home Inspection Conference was hosted by the Atlanta Chapter and was chaired by Shannon Cory. Over the four days, the conference drew about 220 people, including attendees, presenters, instructors and exhibitors. The exhibit hall included 27 industry exhibitors from around the country. A gala was held on Friday evening.

The Great Lakes Chapter summer conference was held in Schaumburg, Ill., and drew over 80 inspectors from Wisconsin, Indiana, Michigan and Illinois. Chaired by ASHI past-president Frank Lesh, it was held in a learning auditorium donated by a local corporation and the attendees stayed at a local motel. This cut the costs of holding a conference compared with renting meeting rooms at a large hotel.

Dr. Joe Lstiburek presented an all-day session on energy conservation. He also discussed "green" energy and the many charlatans out there. Ms. Cortell Reisman gave inspectors tips on better communication and how to promote themselves.

New England held its 7th Annual Fall Conference in Boston. Chaired by Robert Mulloy, it drew in excess of 100 inspectors. What I relate next is hard to believe: Four days before the conference, one of the speakers informed Robert he would not be attending because he was in the hospital in the intermediate care unit. The presentation on 203-K with handouts was emailed to Robert. After two frantic days of telephone calls, Robert located a fellow inspector and instructor at Bunker Hill Community College.

When that speaker failed to show up, Clifford Kapson gave a presentation on EIFS. Later that day, the chair learned the substitute speaker had a massive stroke and died.Robert reported that they managed and had an uneventful second conference day, with Joseph Ferry, Esq., Mark Jones and Stephen Noon all doing a great job as speakers. The 2012 conference should be a breeze compared to this year.

The chapters continue to support our commitment "to provide the educational programs to achieve excellence in the profession."

Kurt Salomon, Advocate Home Inspections, was the 2011 ASHI President. He has been inspecting homes since 1992 and founded the Utah Chapter of ASHI in 1997. He has served as an ASHI council speaker, director, secretary, vice president and president-elect.