Vermiculite in the Attic

A worse-case scenario — that's what I found in the attic of a home I recently inspected. Although this wasn't the first time I found evidence that some contractors have no clue about how to work around attic insulation, this time qualified as a worse-case scenario because the insulation was vermiculite.

According to the U.S. Environmental Protection Agency (EPA), there is no known safe level of exposure to asbestos and most of the vermiculite used for insulating purposes in the United States came from a mine near Libby, Montana, that was contaminated with tremolite asbestos. The product was sold under the name Zonolite. The EPA recommends treating all vermiculite insulation as if it is contaminated with asbestos. Asbestos fibers must be airborne to cause a health risk; therefore, when vermiculite insulation is disturbed, it should be assumed that tiny, lightweight asbestos fibers are being carried in the air.

The occupants of the home I was inspecting knew nothing about vermiculite insulation, including the risks created by disturbing it or having it enter their living space by paths created by a contractor. 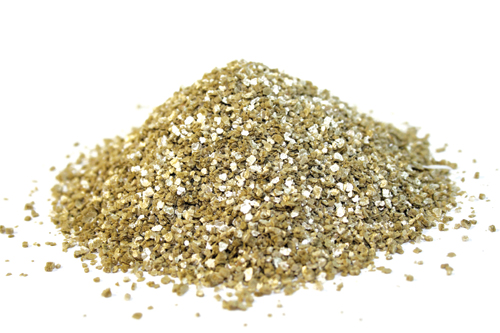 Stirring up the fibers

From the attic hatch's pull-down stairs, I photographed the bath fan (see photo below), which had been blowing the product around the attic for years. Knowing how poorly hatches with pull-down stairs seal, I identified this as one path for asbestos being released into the living space.

To make matters worse, fabric and carpets had been tossed in the attic, as you can see in the four photos above. Vermiculite can be seen under and on top of the debris. It will have to be disturbed further to remove the fabric and debris. 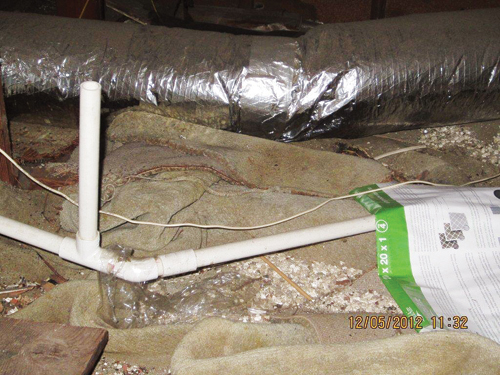 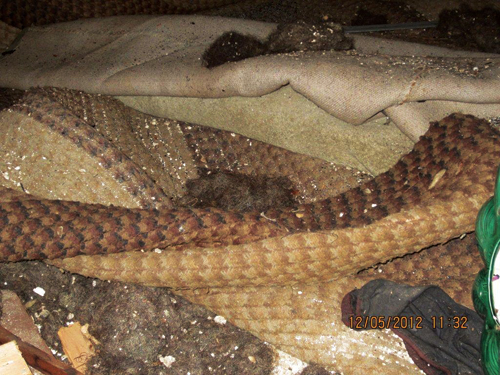 The air conditioning duct (on the right in the photo below) was installed through the ceiling and down into a closet. No measures were taken to contain the vermiculite, and it has spilled into the living space — another path for contamination.

In the photo below, you can see where vermiculite has fallen out of the ceiling because an AC duct was installed.

Vermiculite in the ducts And, what may be the worst in this worse-case scenario, the air handler in the attic is sitting in and on vermiculite. I observed vermiculite inside the return duct, leading me to believe that asbestos probably is being blown through the air into the house every time the blower runs — yet another path (see photo below). 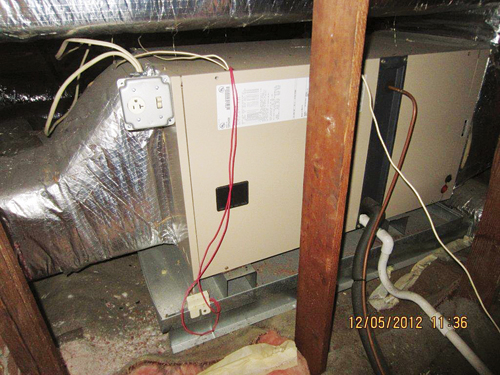 I assume the homeowner and the contractor had been equally unaware of the health risks presented by vermiculite and of how it should be handled. Because my client still was interested in the property, I advised him to consult a professional remediation contractor. Nevertheless, even when informed, the owner did not want to address the issues, so my client moved on.

For additional information, go to www.epa.gov/asbestos/vermiculite.html#exposure

The ASHI Technical Review Committee would like to point out that the ASHI Standards of Practice specifically excludes any requirement to inspect for or comment on asbestos and other environmental hazards. Many members, including some on the Technical Committee, object to the idea that ASHI should be featuring articles or social media commentary about a topic that's outside the scope of our standards because they feel that it contributes to an elevation in the standard of care that we will be held to in the event of a lawsuit.