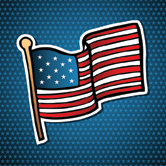 Mortgages guaranteed by the Department of Veterans Affairs rose 50 percent to almost 540,000 loans in fiscal year 2012, the most since 1994, according to Mike Frueh, the director of loan guarantee service. Current and former military members found VA programs more attractive because of the tighter credit standards on conventional financing.

Low interest rates were part of the draw, as about 338,000 of the VA loans were for the purpose of refinancing. Additionally, VA loans for purchases were up almost 10 percent over the previous fiscal year.

A study by economists at the University of California Berkeley and UCLA offers statistical proof that green homes labeled with LEED for Homes, Energy Start or GreenPoint sell for more money. The study, titled "The Value of Green Labels in the California Housing Market," shows these green homes brought an average of $34,800 more to the seller, or 9 percent.

The research also indicates that the price premium is influenced by local climate and environmental ideology. To reach these conclusions, researchers conducted an economic analysis of 1.6 million homes sold in California between 2007 and 2012, controlling for other variables known to influence home prices in order to isolate the added value of green home labels.

Because real estate prices depend on a variety of factors, the study controlled for key variables that influence home prices. These include location, size, vintage and the presence of major amenities such as swimming pools, views and air conditioning.

Download the study at www.builditgreen.org/_files/Marketing/ValueofGreenHomeLabelsStudy_July2012.pdf and go to www.environment.ucla.edu/news for more info.

Lifesaving Technology Upgrade Coming to a Doppler Radar Near you

Bet you didn't know that when you look at a Doppler radar image, you are seeing more than just rain or snow moving through the atmosphere. In fact, Doppler radars show a mash-up of everything in the sky, from severe weather to birds and mosquitoes to airborne tornado debris. While these radars were a huge meteorological advancement in the early '90s when NOAA first began using them, the technology left meteorologists with the tough job of sorting out weather from clutter as they developed weather forecasts to warn the public.

But that's becoming a thing of the past. Doppler radar technology has evolved, thanks to the dual-polarization technology, or dual-pol (pronounced "dual pole").  This new technology helps forecasters distinguish between rain, snow, hail and other flying objects that muddy the radar picture. The dual-pol upgrade includes new software and a hardware attachment to the radar dish that sends and receives both horizontal and vertical pulses, providing a much more informative two-dimensional picture. The original Doppler radar only has a one-dimensional view.

NOAA's National Weather Service is upgrading its network of 160 Doppler radars. The dual-pol upgrade is the most significant enhancement ever made to the nation's radar network since Doppler radar was first installed in the early 1990s. Providing better information about the type of precipitation in the atmosphere and its intensity, size and location, dual-pol radars will increase the accuracy of forecasts and allow for more accurate and timely warnings, giving the public better information to protect their lives and property.

Another important benefit: Dual-pol more clearly detects airborne tornado debris — allowing forecasters to confirm a tornado is on the ground and causing damage so they can more confidently warn communities in its path. This is especially helpful in the dark when ground spotters are unable to see the tornado.

Foreclosure Scams on the Rise

The number of foreclosure-rescue scams is on the rise and will likely exceed 2011 numbers, according to the Treasury Department's Financial Crimes Enforcement Network. These scams target struggling homeowners and these so-called rescuers promise they will save the homeowner from foreclosure by negotiating — for a fee — a loan modification on their behalf or selling their home to investors. In some cases, homeowners not only lose money as a result of these schemes, but also the title to their home, FinCen reports.

FinCen officials suspect that a growing public awareness of foreclosure scams is what's behind the increase in reporting.

The Department of Justice announced this week a crackdown on foreclosure-rescue scams with the arrest of more than 500 people accused of conducting such scams, allegedly leading to about $1 billion in losses.

While the number of foreclosure scams is on the rise, overall mortgage fraud is falling, dropping 41 percent at the beginning of this year compared to 2011, FinCen reports.

U.S. foreclosure filings dropped to a five-year low in September as fewer homes were on track to be seized by lenders.

It was the second consecutive monthly decline in filings, although there remains a sharp divergence along state lines, according to a report Thursday by foreclosure listing firm RealtyTrac Inc.