Purchasing a home is a major milestone in a person’s life. Two key people play significant roles during the homebuying process: the real estate agent and the inspector. Agents will do everything in their power to make the process seamless, including working with a home inspector to check all the boxes and ensure that the house is in working order so they can close the deal.

Many people don’t think about requesting a sewer line inspection to check the home’s sewer lateral lines; however, sewer line issues can wreak havoc on the homebuying process and on achieving a dream home.

A Brief History of Sewer Lines

Before we get into the nitty-gritty of describing the importance of an underground inspection, let’s take a look at some alarming information about household sewer lines, and address the costs and construction related to replacing these lines.

Infrastructure across the United States differs vastly, but one thing is certain: As the population grows, more pressure is being placed on aging infrastructure systems. As an  example, when a home’s infrastructure is cracked or broken, sewage from that home can leak into areas where it’s not supposed to be such as the groundwater aquifer.

It is imperative, as both a public health and an environmental issue, to remove and treat wastewater. It is also important for homeowners to know that wastewater from homes can enter water treatment systems through public sewer lines. Dealing with this critical issue is a high priority of the U.S. Environmental Protection Agency (EPA).

According to the EPA, approximately 240 million people (approximately 76 percent of the population) rely on the United States’ 14,748 treatment plants for wastewater sanitation. By the year 2032, 56 million more people (a 23 percent increase from the current number) will live in places that will connect to centralized treatment plants rather than private septic systems. In the United States, more than 500,000 miles of private lateral sewers connect private property, including homes, to public sewer lines. 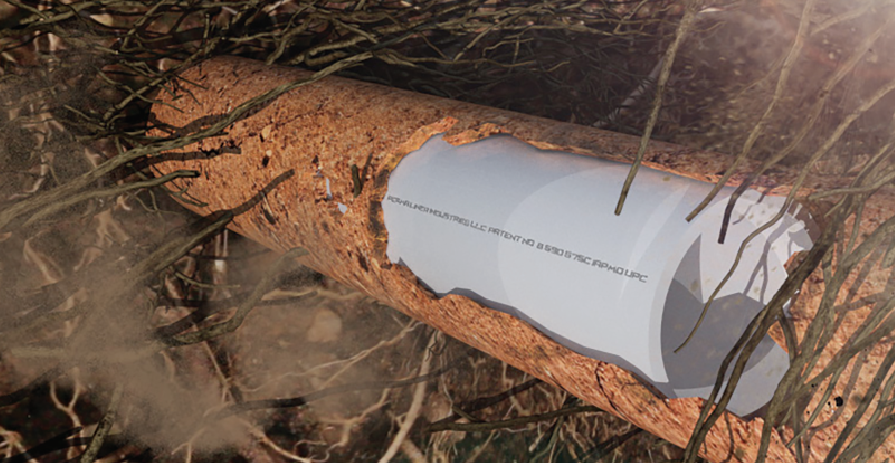 The importance of the sewer inspection

Imagine what can happen if there is no sewer line inspection before purchasing a home, and the pipe is cracked or on the verge of collapsing. The EPA estimates that at least 23,000 to 75,000 sanitary sewer overflows occur each year. To manage increasing flow, new treatment facilities will be needed; the EPA estimates that 532 new systems will be constructed by 2032. Currently, in most states, the EPA has mandated that sewer lateral line inspections be part of the home inspection process.

As city populations continue to grow, as new housing developments are constructed and as rural households are switching from septic systems to public sewers, the pressure on existing centralized systems and treatment plant infrastructure will require billions of dollars in new investment to meet federal regulatory requirements. Seventy-five percent of these funds will go toward treatment plant improvements, conveyance system repairs, new conveyance systems and recycled water distribution; 18 percent will be needed for combined sewer overflow (CSO) corrections; and approximately seven percent will be needed for stormwater management.

Homeowners who have septic tanks—about 20 percent of the U.S. population—do not have to deal with their public sewer lines. With a septic tank, solid and liquid wastes are separated as the primary treatment, then bacteria break down contaminants through a secondary treatment. Next, a chlorine treatment kills the remaining bacteria.

In some communities, special treatment technologies remove contaminants such as phosphorus that are of special concern. If everything goes well, the treated waste meets regulatory standards and is released into a nearby body of water. If it doesn’t go well, untreated waste may reach surface water, potentially causing illness and disease.

The release of this septic waste will become more problematic as treatment plants age and the population continues to grow—the combination of which could cause major surface water issues.

Water treatment plants serve the 80 percent of people whose homes don’t have septic tanks. Combined sewer systems, which is a common type of sewer treatment system in municipalities, can cause major health issues. The EPA has called overflows from combined sewer systems “the largest category of our nation’s wastewater infrastructure that still need[s] to be addressed.” This issue affects homeowners in 32 states and Washington, D.C.

Combined sewer systems collect human waste, industrial waste and stormwater runoff into a single pipe for treatment and disposal. When a sewer system functions correctly, you can generally trust that when you flush, the contents of the toilet bowl will end up where they’re supposed to; however, when it rains, the system can change.

In communities served by combined sewer systems, rain can be a huge issue. A combined sewer system must handle surges of stormwater and rain greatly increases the volume of waste that the system is capable of handling, making this type of sewage system likely to overflow into surface water.

In the United States, combined sewers are found primarily in older and often larger cities, and affect a combined population of about 40 million people. The EPA calls combined sewers “remnants of the country’s early infrastructure.” Invented long before toilets existed, the first sewers weren’t designed to handle the extreme amounts of waste that we see today.

Sewer pipes were created to solve problems in cities that flooded during storms. When working toilets became common, sewer pipes were connected with the already existing sewer lines, and this combination created a large volume of water that the pipes had not previously handled.

For many years, dealing with combined sewer systems has been a priority of the EPA and the numbers of these systems are starting to move in the right direction.

With this background information about sewer pipe issues and how they are involved in underground infrastructure, the next question is this: How can home inspectors, homebuyers, real estate agents and Perma-Liner™ Industries, LLC, come together to find solutions?

Founded in 1999 by Jerry D’Hulster, Perma-Liner is the leading manufacturer and supplier of trenchless pipeline rehabilitation equipment and materials in North America. Throughout the years, Perma-Liner has installed millions of feet of its lateral pipe liner in the ground across the United States.

D’Hulster, a former pipelining contractor, saw a need in the trenchless industry, where small–diameter lateral lining was largely ignored. “No one has really taken responsibility for the laterals. Cities are fixing their mains, and they have fixed their manholes, but they still have infiltration,” states D’Hulster. The cause of this infiltration is the laterals.

While Perma-Liner is well-known for rehabilitating small–diameter pipes, Perma–Liner’s equipment and technology are capable of rehabilitating the entire underground infrastructure system from private sewer laterals, city utility mains and the connections between the two, as well as much more. Perma-Liner’s experience in designing, patenting and manufacturing Cured-In-Place-Pipe (CIPP) equipment and materials continues to rise above the competition to produce products that are cost-effective solutions to repairing, without requiring excavation or causing major disruption to existing sewer systems. 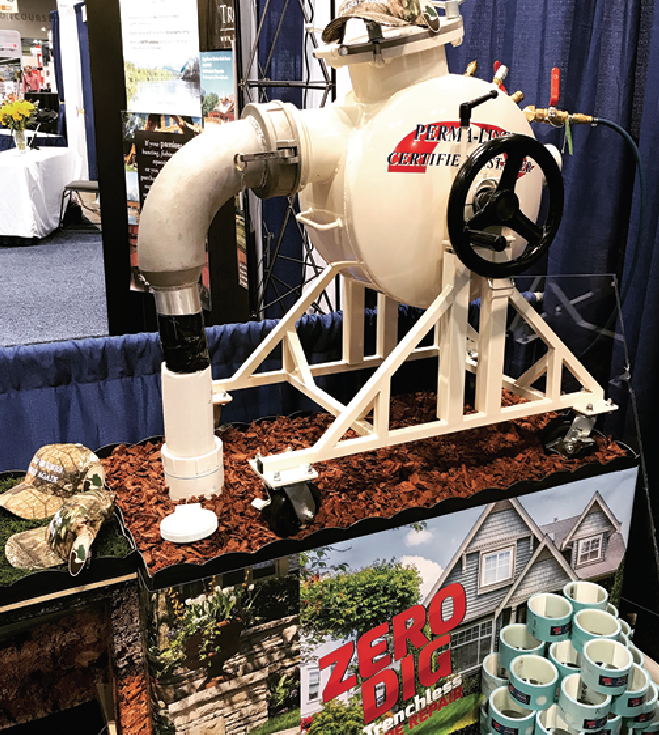 D’Hulster saw the potential in a market that few had yet to touch and he set about creating a market where there was not one before. The lining system he began to develop addressed the negatives of the at-the-time current lining methods by inverting the materials, using air pressure instead of water. The systems today continue to work by inverting a resin-impregnated liner tube and pressing it tightly against the host pipe until it is cured—most within less than three hours. These products and the technology are what set Perma-Liner apart from other companies.

In Perma-Liner’s early years, the company was the first relining company approved by NSF International, Standard 14. Because of this status, Perma-Liner pioneered the specification for CIPP to be used on the consumer side for plumbing code approvals.

As the market continues to grow, one of the challenges Perma-Liner faces is raising public awareness about what CIPP technology can do for them. It’s important to educate the public by giving live demonstrations and making them aware that this technology exists. The numerous benefits of CIPP technology can save people time, money and headaches, especially during the homebuying process.

Real estate agents are seeing more issues related to neglected failing infrastructures. Many homeowners don’t know that they’re responsible for the sewer lines below their home, which are called private sewer laterals. Private sewer laterals are the portion of the sewer network that connects private properties to the public sewer system.

Many agencies are now required to include sewer lines in the home inspection and problems that arise in the inspection can cause major issues at closing for the real estate agent, the potential buyer and the seller. Perma-Liner can educate and help those who need it. Having CIPP technology accepted as an approved technology is something that Perma-Liner believes has made a huge difference in how the technology is perceived, including when it is referenced at home inspections. 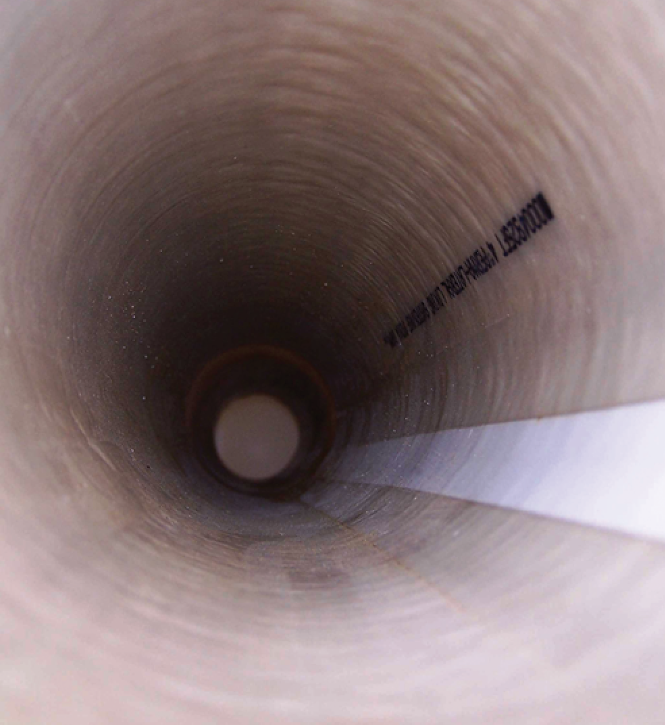 What Homeowners Should Know About Sewer Pipes

It’s common to hear that homeowners don’t know the state of their pipes, or the property damage and the expensive repairs that can occur as a result of sewer backups. It’s important to understand that this damage generally is not covered by a homeowners’ insurance policy. Another type of damage to sewer lines that is not typically covered by homeowner’s insurance is when tree roots invade the sewer line. It’s extremely important for homeowners to check the insurance policy so they are prepared if this type of damage occurs.

When considering sewer pipes connected to a home, homeowners need to know the difference between the upper lateral and the lower lateral, and for what the homeowner is responsible.

As a home inspector, if you find an issue during the home inspection process that requires repair, what do you recommend for rehabilitation of the sewer line? Trenchless technology may be the most beneficial solution for both the buyer and seller. Trenchless, or CIPP, technology involves a resin-saturated felt tube made of polyester, woven fiberglass cloth or a number of other materials suitable for resin impregnation that is inverted or pulled into a damaged host pipe. Little to no digging is involved in this trenchless process, leading toward a more cost-effective and less disruptive method than traditional “dig and replace” pipe repair methods. Most applications cure in less than three hours and guarantee a 10-year material warranty with a minimum life expectancy of 50 years per ASTM F1216.

Aging infrastructure causes many problems that homeowners, buyers and real estate agents need to understand. Many of today’s sewer lines are well older than their expected life span of 50 years and are made of materials that are not suitable to withstand the nation’s growing population.

Buying a home is an exciting time and you don’t want that perfect home transaction to fall through because due diligence wasn’t done to include a sewer line inspection. Often, underground infrastructure is neglected by real estate agents because many people aren’t aware of what the homeowner is responsible for. We believe that this needs to change.

Your clients should know that if a sewer line inspection is not included in the home inspection, they should consider contacting a licensed professional to have an inspection done. Even if the home does not have any visible issues or problems, there could be something lying underneath that could wreak havoc sooner or later.

Morgan Trouard is Director of Marketing, Perma-Liner™ Industries, LLC. Contact her at morgan@perma-liner.com.