The use of high-efficiency appliances—specifically gas- or liquid petroleum (LP) gas-fired boilers, furnaces and water heaters—is on the rise in North American homes and the trend will continue to accelerate in the years to come.

These appliances create some special considerations for home inspectors beyond that which conventional equipment requires, due to the fact that they produce caustic condensate as a byproduct of combustion. The terms “high-efficiency” and “condensing” have become interchangeable when referring to home heating or domestic hot water appliances.

The following three major factors contribute to the increased use of condensing equipment:

Growing natural gas infrastructure throughout much of the United States, especially in the Northeast region, provides a fuel source alternative to oil or electric.

Technological advancement also plays a role. Condensing boilers, furnaces and water heaters have been available for several decades, but their reliability, availability and cost have improved significantly in recent years. One example that applies nationwide (that is, not only in regions that have long, harsh winters) is the increased use of wall-hung, gas-fired, on-demand, “tankless” water heaters. Companies like Navien and Rinnai are leaders in the tankless water heater market, providing an alternative to the traditional, tank-style water heater.

State and national efficiency mandates, and a variety of incentive programs continue to drive the appliance market, affecting everything from refrigerators and hydronic circulators to light bulbs and water heaters. This trend is sure to continue.

As mentioned, condensation occurs when the heat exchanger of a gas-fired appliance is efficient enough to strip about 90 percent of the heat contained in the flue gas and transfer it to the air (furnace) or water (boiler or water heater). At this point, flue gas temperatures reach or drop below 130 to 135 degrees F. As the flue gas cools, condensate forms within the heat exchanger. This condensate is acidic and corrosive, typically between 3.2 and 4.0 pH.

Flue gas condensate has the potential to destroy almost any material other than plastic. This is why polyvinyl chloride (PVC), chlorinated polyvinyl chloride (CPVC) and polypropylene are used to vent nearly all condensing appliances. Cast-iron, concrete and, eventually, most stainless steel products will erode.

In rough numbers, condensate is produced at 0.75 gallons per hour per 100,000 BTUs of gas-fired capacity. Depending on the size of the equipment, this can total several thousands of gallons per year. It goes without saying that if condensate is not dealt with properly, components and surfaces in the mechanical space are in jeopardy, but so are the less visible elements and infrastructure. Anything downstream of the mechanical room can be damaged, including sewer lines, water treatment plants and on-site septic systems.

“In the Houston-Galveston area, we don’t have basements,” said veteran home inspector Ed Fryday, owner of Space City Inspections, LLC.
A 10-year member of ASHI, Fryday said, “Consequently, many of the water heaters and furnaces in this region are in the attic and drain lines typically are buried under the slab—both of which are potential situations for disaster if condensate isn’t dealt with properly.”

Unfortunately, there are portions of the country in which people lack knowledge on the hazards of condensate from high-efficiency appliances and southern Texas is one of those areas. Fryday says that in the region in which he lives and works, installers and city inspectors alike seem to be unaware of the issue.

The topic is covered vaguely in many codes. So, the question to contractors and code enforcement officials is this: Should the disposal of acidic condensate in quantities of hundreds or thousands of gallons be dumped into the building drain system, which flows into a sewer treatment system or a septic system, without treatment? Obviously not. Adhering to code should not be the only reason to install condensate neutralizers. Protecting the environment, property and public infrastructure should be considered by all contractors and code enforcement officials. 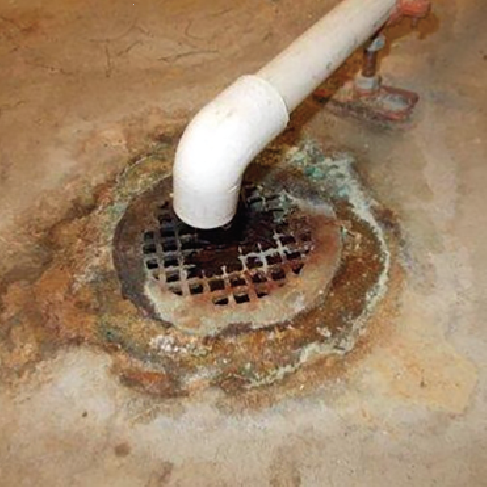 “I first learned about the need for condensate neutralization at a continuing education course three years ago,” said Fryday. “The next time I met with my local inspectors’ group, I was the only one among 22 inspectors who was aware of it. Luckily, the solution isn’t complicated, once the awareness spreads.”

The answer to the condensate riddle is pretty simple: proper installation of a condensate neutralizer. These devices come in a variety of shapes and are sized according to the condensing unit’s firing capacity. Neutralizers are plastic vessels—typically, a tub or a tube—filled with sacrificial (alkaline) media that reacts with the condensate when the two come into contact. Three common neutralization media materials are calcite (calcium carbonate), magnesium oxide and magnesium hydroxide. 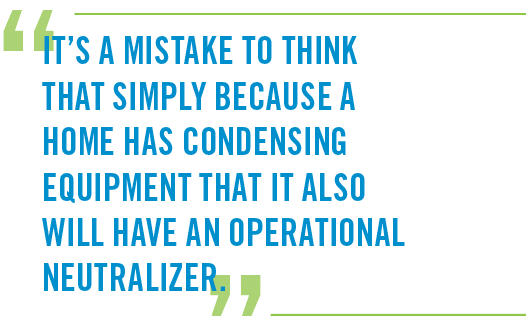 Neutralizers are not complex, do not require power (unless a condensate pump is included) and are serviceable by replacing the neutralization media, at regular intervals. They are designed to let condensate trickle in, provide a space for the fluid to collect and make contact with the media and then flow out directly to a drain. Ultimately, the goal of a condensate neutralizer and associated piping is to bring condensate pH to 5.0 or higher and dispose of it correctly.

Most plumbing codes require the installation of condensate neutralizers in conjunction with high-efficiency equipment. The issue is that some plumbing and home inspectors aren’t aware of or don’t understand the equipment. It’s a mistake to think that simply because a home has condensing equipment that it also will have an operational neutralizer.

To an untrained installer, properly dealing with condensate is too often an afterthought. It usually gets accomplished with little thought regarding the “how” and the “why” of the task. As a result, it’s not uncommon to find condensate neutralizers that don’t work or don’t work as well as they should. Worse yet, they may not be present at all.

What Inspectors Should Look For

“Here in Houston, our heating season is short,” said Fryday. “Boilers are almost nonexistent, but we do have central heating (mostly gas) in all homes. One in about 100 homes will have a high-efficiency gas heater or condensing tankless water heater. The popularity of these appliances, especially in new construction, is definitely on the rise.”

“Virtually every time I inspect a property with a condensing appliance, it lacks a condensate neutralizer,” he continued. “Condensate is simply dumped down the drain or into a galvanized drain pan. So, the first step is making installers aware of the need and the second step is learning to identify condensing appliances.”

The unit itself may or may not be marked. Some will have a sticker that states its efficiency rating on the front or the side of the unit. If the rating is above 90 percent, a neutralizer is required. In the event that no sticker with an efficiency rating is present, or the installation and operation manual isn’t available, there are other ways to tell if a unit is a condensing model or not.

Plastic venting, for example, is a telltale sign of a high-efficiency unit because units that operate under 90 percent efficiency typically will melt or deform polymer venting. Although condensing boilers and water heaters often are mounted to the floor, in general, a condensing model will be mounted to a wall. By opening the unit’s cabinet, you’ll find the heat exchanger. Condensing models typically feature stainless steel heat exchangers, but on rare occasions, they will be made of aluminum or copper. 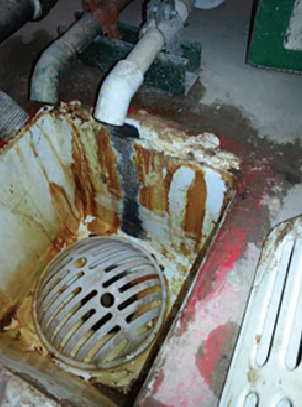 If the unit has a condensate drain, the line should be outfitted with a neutralizer. These lines are typically made of small-diameter PVC and the lines should terminate in a drain or sump.

There are many different variables, from the type of equipment and the neutralizer used, to the application itself.

From an installation perspective, condensate neutralizers are pretty straightforward. The piping before and after the unit is of little consequence, given that it drains properly. The most frequent problem is improper mounting.

Unless a neutralizer is specifically labeled for vertical installation, it may not be mounted vertically. Most units are designed for horizontal installation and mounting them vertically won’t provide enough time or contact with media to fully neutralize the acidity of condensate. If the unit is installed vertically, check that it’s labeled as such.

Also, when mounting horizontal neutralizers, it’s important not to install them at too great an angle. We suggest a pitch of no more than ¼ inch per foot.

Determining whether or not a neutralizer is working as intended may be a bit complicated as it involves checking for damage at the condensate line’s termination, and looking for line obstructions and media levels. At the least, be sure that there is a neutralizer in place, that it’s properly installed and that it is being serviced annually. The neutralizer should be tagged with the date of last service. 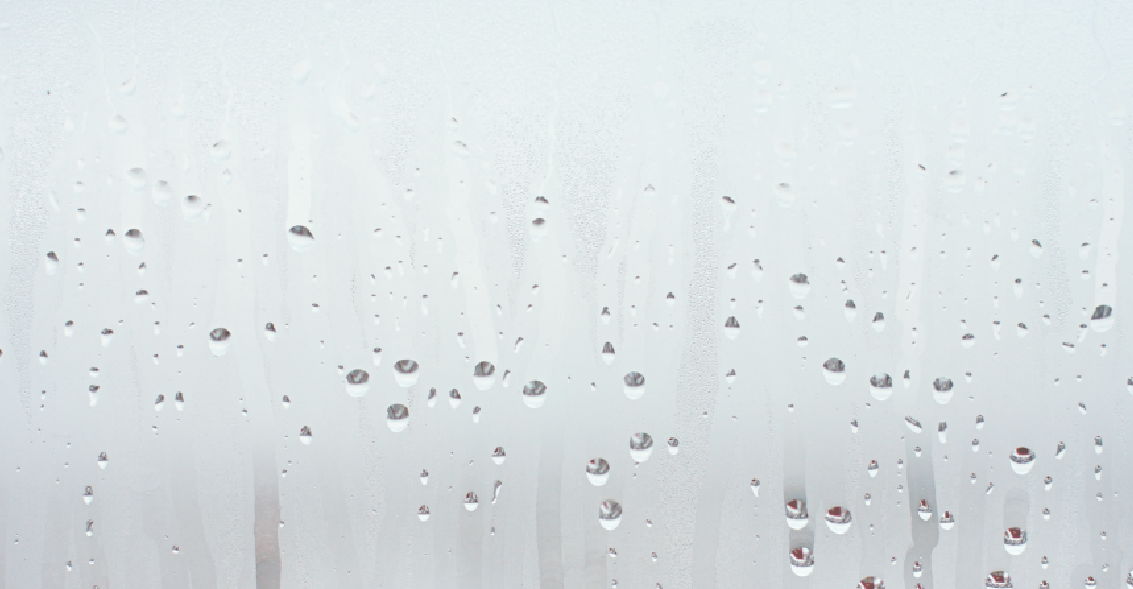 “The potential for damage is real,” said Fryday. “Condensate will destroy concrete and all metal pipe, and it can kill the bacteria in a septic system. When a metal drain is buried under the slab of a home, condensate will eat the drain pipe and possibly erode the concrete slab. If condensate is collected in a metal drain pan in an attic, as is often the case in my area, it will ruin the pan and begin to soak through the ceiling.”

Neutralizers are simple, essential pieces of equipment. They should be a consideration in any standard home inspection that includes a condensing appliance.

“Make yourself aware of this issue,” continued Fryday. “Tell others in your ASHI chapter about it and inform those who are in your local inspector groups. Everyone should be talking about this. It’s a big problem with a simple solution.”

MikeBernasconi isa co-founder and Vice President of Technical Operations, Neutrasafe Corporation, Stoughton, MA. Mike is a Master Plumber with 40 years of experience in the trades. Contact him at mike@neutrasafe.com or visit www.neutrasafe.com.