Know The Meanings of The Words You Use

Many years ago, at an inspection conference, I was enjoying a conversation with an executive of a national company that was insuring me, while we sipped frosty beers. A disclaimer in my reports repeated the word “mold” and he was concerned. It’s a word that everyone understands and one with which I was familiar with growing up in the damp climate of England I wanted to continue using it, but he cautioned me against using it. “You have to be careful,” he warned, “because you’re not a specialist, you’re a building inspector, a generalist.”

We both knew that we weren’t talking about common sense anymore, but about legal jargon. “Alright,” I said, “what would you want me to say?”

Perhaps inspired by a few more sips of beer, he asked: “Why not just say a dark stain or an unusual substance?”

Iconsidered it and saw how common sense was being eclipsed by legal concerns. “Okay,” I said, “I can see where this is going, and maybe one day I’ll find myself pointing to a dark stain under a sink and saying to a client: ‘See that? It’s a biological organism of unknown origin that needs to be identified by an industrial hygienist within the contingency period, and for which I disclaim any further responsibility whatsoever.’”

We chuckled and resolved our friendly dispute when I agreed not to use the word “mold” by itself but instead use the phrase “a mold-like substance.” I was satisfied because I could still use the word “mold,” but only sampling and laboratory analysis can actually confirm if a substance is indeed mold or just a harmless stain.

Now let’s consider the use of some other abstract words. Many years ago, shortly after being drawn into a bogus mold lawsuit with several others, I received four identical letters from my insurance company’s adjusters. The letters warned about a threat to things I’d worked hard for and cherished, but the threat was cleverly muted in carefully chosen words and phrases. Pay attention to the use of abstract words in this long sentence:

“Your own personal assets,” the writer says. What a mouthful, what a waste of words. As soon as the writer used the word “your,” the “assets” were confirmed to be my “own” and “personal.” Why not simply say “your assets,” two words that deliver the same meaning as four? I’ll tell you why—this is what I wrote on this subject in my book Inspect and Protect (available at www.lulu.com):

Lawsuits are all about words, and I happen to be interested in words and pay close attention to them, so let me explain how these phrases were carefully constructed so as not to awaken the primitive animal that lurks just beneath my skin and that of most civilized people. For this reason, professionals choose their words very cautiously. For instance, a doctor might say that he intends “to make an incision in your abdomen,” but he certainly won’t say that he intends “to slice open your belly,” and legal professionals are no different. Subjects are concealed through the use of the passive voice instead of the active, and the real meaning is hidden in words derived from Greek and Latin instead of the more common Anglo-Saxon ones.

Consider these phrases taken from the form letters: “looked upon,” “personal assets,” and “satisfy a judgement.” They’re abstract words that don’t name things that exist in the real world in the way that concrete words do. And what they do is attempt to disguise a very real threat to the things that I cherish. Can you imagine what I might do if I was told that someone might try to take the modest house I’d installed a roof on and renovated with my bare hands, and the classic Jaguar I’d lovingly restored, or the money I’d worked hard to save over the years?

By this time, you’ve probably noticed some interesting things about words and how their use can help someone to become a better writer. And you’ve seen how some legal language has nothing to do with effective communication, about revealing things, but more often about concealing things. But let’s get back to talking about report writing—I frequently rely on the advice in George Orwell’s essay “Politics and the English Language,” and in a more recent work by William Zinsser, On Writing Well (Harper & Row Publishers, New York).

Zinsser states that the secret to good writing is simplicity, which means getting rid of words that do not contribute to the meaning, getting rid of what he calls “clutter.” For instance, think about what a waste of words it is to say: “In my personal opinion,” or “I’d like to take this opportunity” or “it should be pointed out,” and many other phrases. It’s even more wasteful to inflate one’s writing—for instance, to say “we were currently experiencing precipitation” when one could write “it was raining.” This leads us back to one of Orwell’s most astute observations: “The greatest enemy of clear language is insincerity.” So be yourself, be sincere and don’t use big words when small words will do.

Now, let’s explore organization, which is fundamental to good writing and facilitates understanding. It really doesn’t matter which organizational principle you use as long as you use one. For instance, the movement can be from general to specific, from large to small, from outside to inside, or simply movement in a logical sequence that’s often anticipated by words in the last sentence of a paragraph that are repeated in the first sentence of one that follows.

Here’s an example on the subject of roofs, which appeared in every report when I was doing inspections. It’s not the best example, but it’s mine, and you’re welcome to use or adapt all or any part of it.

There are many different roof types, which I commonly evaluate by walking on their surfaces. If I’m unable or unwilling to walk on a roof, I’ll explain the method I used to evaluate it. Every roof will wear differently relative to its type and age, the quality of its material, and the regularity of its maintenance. When it comes to leaks and regardless of its design life, every roof is only as dependable as its waterproof membrane, which is concealed and cannot be examined without removing the primary covering, and this is true of almost all roofs. In fact, the majority of roofs are not designed to be waterproof and only water-resistant. However, what remains true of all roofs is that although they can be evaluated, it’s virtually impossible for anyone to detect a leak except as it’s occurring or by specific water tests, which are beyond the scope of my service. Even water stains on ceilings or on framing within attics could be old and would not necessarily confirm an active leak without corroborative evidence, and such evidence can be deliberately concealed. Consequently, only installers can credibly guarantee that a roof won’t leak, and they do. I evaluate every roof conscientiously and may even attempt to estimate its age, but I will never predict its life expectancy or guarantee that it won’t leak. Naturally, the sellers or the occupants of a residence generally have the most intimate knowledge of a roof and its maintenance history. Therefore, I recommend you ask the sellers about the roof and that you include comprehensive roof coverage in your home protection policy or that you obtain a roof-certification from an established local roofing company.

This is one example of expository prose and an organizing principle that moves from general to specific. This was not a narrative written at the time of a report, but one that prints automatically with all my reports, to educate clients and contribute to a legal defense. This means, of course, that there’s time to prepare and refine such prose.

Meanwhile, be prepared to write small sentences, be yourself, be sincere and stay away from big words and passive constructions. Say what you have to say with simple words in short sentences and get rid of every word that’s not essential to the meaning. I suppose I could have said this at the beginning of this article, but I hope that you have enjoyed reading these examples and suggestions to help you improve your report writing. In the words of an ancient Chinese aphorism: First the feathers, and then flight. 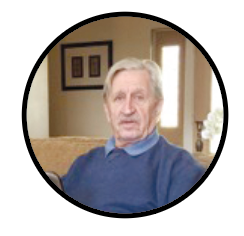 If you need a little help or want to chat about the industry, I am a retired home inspector with time on my hands. I can be reached by email at keithswift2@gmail.com or by phone at 208-916-8263.

Keith Swift was born and raised in England, and after traveling through the Mideast and the Far East, he immigrated to the United States. He earned a doctorate in 1982, with a dissertation on the work of W.S. Merwin, who was appointed poet laureate in 2010. After teaching at California State University for a few years, Keith obtained a general contractor’s license, together with a certification in asbestos, and embarked on a career as a residential and commercial building inspector until retiring in 2016. He enjoys reading and writing and working with his hands, and sharing what he has learned with others.