Public Relations Uses it all to Promote ASHI

By Sandy Bourseau | June 01, 2010
ASHI continues to use all possible avenues to promote home inspections, and specifically, ASHI home inspectors. The society is committed to using public relations rather than advertising to promote itself and the profession because PR is affordable and because editorial content carries more weight with readers than ads, especially when promoting professional services.

The current public relations program reaches far beyond past practices of mailing out press releases. For the past two years, the society has focused on building a greater presence on the Internet and using social media. 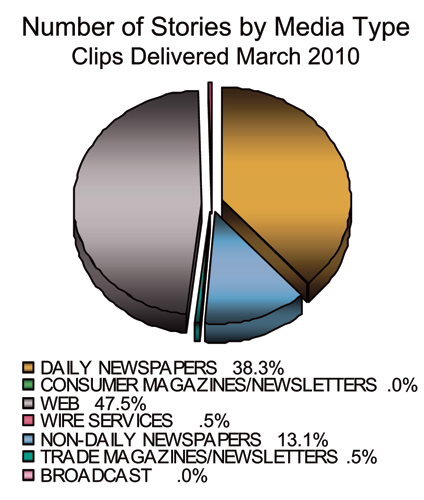 During March, 47.5 percent of its public presence was from the Web, 38.3 percent via daily newspapers and the remainder from non-daily newspapers. Online versions of the print publications and social media help boost that presence.

ASHI gets good press in California and Arizona

Max Curtis, an ASHI Certified Inspector who serves on the Public Relations Committee, reports the society did well in the local press in April.

“The Friday, April 9th issue of the Valley Times newspaper had a supplement titled “Home Sweet Homeowner.” Two of the articles reference ASHI as your source for a home inspector. One was written by ACI John Schneider, All About Home, Inc., Fremont, Calif. Two more articles stressed the need for a home inspection.

The Daily Courier, Prescott, Arizona, published “Billing Through Escrow is a Conflict of Interest for Home Inspectors, by ACI Randy West, Professional Building Consultants in Prescott, Ariz., on April 22.

It appeared in both print and electronic issues.

More than 60 publications pick up the ASHI-produced article

As of May 1, 62 publications had published “Home Inspections Help You Sell,” including:

In past years, similar articles distributed through ARA, a company that provides content to media outlets, have continued to appear in print and online for months, so watch for it in your area.

To further establish the society as “the voice” of the home inspection profession, as well as reach stakeholders in new ways, ASHI launched a branded Twitter page, posted with homeowner tips, real estate news, press releases and other information that can be found on the ASHI website through shortened URLs.

Activity as of May 1:
Are you a follower on Twitter, Facebook or the ASHI president’s blog? Use the buttons at the bottom of the ASHI website home page to visit and become a follower of all three.