It's All About You, Right!? 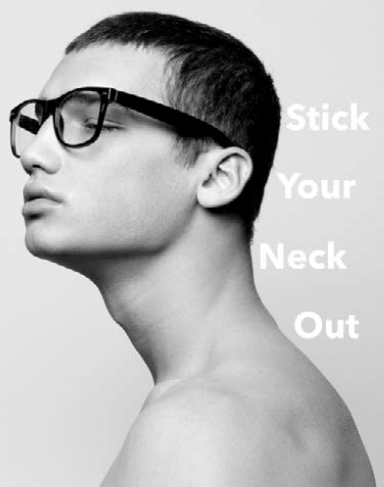 A big part of being an inspector is sticking your neck out. After all, the job requires you to report on what you see. And deficiencies have to be reported. Sometimes the comments in your report contain your opinions, which can be at odds with what others (like the builder, the agent or the homeowner) might think. That’s where you have to stand up for your viewpoint…and the repercussions that are sure to follow. So, it’s all about you.

Keep in mind that when your neck is exposed, so is your head. In last month’s issue of the Reporter, we reprinted an article from NPR.org that highlighted the serious dangers that can come from bumping your head. I don’t know about you, but virtually every time I’ve inspected an attic, I’ve come out with a small amount of blood on my scalp from hitting exposed sheathing nails. In addition, I’ve left a bit of my hair on the nails…and THAT is why I am missing so much hair on the top of my head. Seriously, though, a bump here and a bump there and pretty soon they add up. So, if you missed that article (on Page 30 of the April 2016 issue or click here to read the online version), please go back and check it out. You may want to take better care of your head…it’s part of you.

Connected to your head is, of course, your proboscis. A lot of stuff goes into your respiratory system when you’re sleuthing around a property. Most of that “stuff” is not good for you. Like many of us, I’ve struggled to get into a barely accessible attic or crawl space only to find that I forgot to bring my mask. And like most, I figure, “It’s just a little insulation, mold, insecticide or whatever, so what harm can it do? I’ll only be in there for a short while.” Well, there’s real danger in there! I know I always try to add humor to stories, but this time I’m serious. If you want to get a sober look at how hazardous inspections can be, read these two articles from past issues of the Reporter:

• The September 2007 issue featured an article written by ASHI Certified Inspector (ACI) Bob Anderson from Virginia titled “Don’t Crawl Naked: Protect Yourself from Airborne Contaminants.”
In this poignant article, Bob described his diagnosis of multiple myeloma, an incurable malignant cancer of the blood plasma cells in the bone marrow. Because this cancer is not hereditary, it seems that inhaling chemicals may be a contributing cause. Bob listed the problems inspectors face when they don’t wear protective gear (click here to read the article).

• Sadly, one year later, the October 2008 issue included a eulogy of Bob Anderson, written by John Cranor (click here to read the article).
John describedhow Bob was the definition of “home inspector” and he went outof his way to welcome him to the profession. Even during his last days, Bob never complained about the hand he’d been dealt, but only how blessed he was.

So, think about this: Our bodies are sophisticated systems. One thing may affect another in ways that we can’t always predict. Clogged filters won’t always cause the HVAC system to fail prematurely, but they should be kept clean just in case. Your respiratory system should be kept clean, too. Remember, it’s all about you.

Health issues will be in the spotlight again in next month’s issue of the Reporter, which will feature an article by Dr. Sandy Goldberg, who happens to be married to ACI Greg Hines. Dr. Sandy’s article gives great, practical advice about taking care of YOUR “system.” Her message will focus on nutrition and weight control, both of which can be boring, but are critical to your livelihood. Be sure to watch for her article next month, and take the time to read it and then re-read it. Her message and reminders may help both you and your loved ones. Remember, it’s really not just about you.