Healthy Schools and Apartments not an Option at Code Hearings

During a national meeting of code officials in Portland in October, a majority of the participants voted in favor of a proposal to require radon-resistant construction in schools and apartment buildings. But the vote fell short of the two-thirds majority needed to make the measure a code requirement in high-risk areas.

Only The National Association of Home Builders (NAHB), the National Multi-Housing Council and one code official testified against the new protections from radon.

The American Lung Association of the Mountain Pacific, Cancer Survivors Against Radon (CanSAR) and the American Association of Radiation Scientists and Technologists voiced support for the proposal. Marlene McEwen of CanSAR said, "Having lost my husband to radon-induced lung cancer eight years ago, it is very important that we all work together to educate the public about this deadly gas. Reducing radon in homes, public buildings and schools is crucial to save lives. I am encouraged by the number of people who voted to make building code changes."

Radon is the leading cause of death from lung cancer among non-smokers – resulting in an estimated 22,000 deaths each year, according to the U.S. Environmental Protection Agency.

Once enacted, the requirement for a radon reduction system will reduce risk of lung cancer for students in new schools and families in new apartment buildings in 1,000 high-risk counties, which represent 34% of all U.S. counties. When the radon proposal was first introduced in May 2012, the International Building Code committee voted it down, with recommendations for refining the language. The authors of the proposals made the changes recommended by the committee. The housing industry opponents cited insufficient data specific to apartment buildings and schools in their opposition to the requirements.

Many seniors took out reverse home mortgages during the recession and now are unable to afford property taxes and homeowners insurance — technical defaults that can lead to foreclosure. 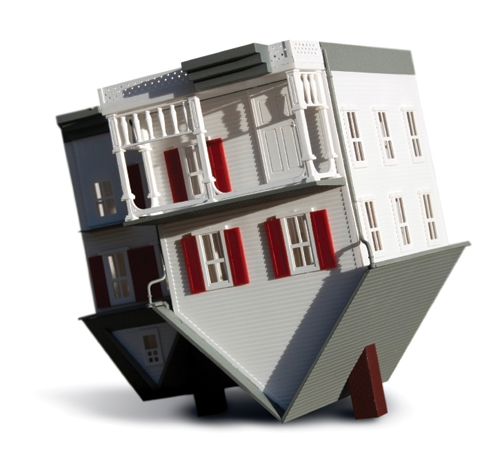 HUD reported that 57,500 seniors were in technical default, with 60 percent participating in repayment plans. In fiscal year 2012, HECM servicers conveyed at least 11,000 real estate-owned properties to the FHA, which is more than double the number conveyed in FY 2010.

The FHA announced Dec. 18 that it would eliminate its standard HECM program, which had allowed seniors to draw a large lump sum at closing, ranging from 62 to 77 percent of the property's appraised value, National Mortgage News reported.

HUD instead will steer seniors toward its HECM Saver product — currently a much less popular product, but one that offers a reduced payout on the fixed-rate standard HECM. The HECM Saver allows seniors to draw 51 to 61 percent of the property's appraised value. However, instead of offering a lump-sum payout, the Saver serves as a home equity line of credit.


The Real Force Behind the Rise in Home Prices?

One of the main culprits driving the rise in home prices: The Federal Reserve, says Jonathan Miller, president and CEO of Miller Samuel Inc., a real estate appraisal and consulting firm.

At a time when unemployment is high, lending standards are tight, and the overall economy still is sluggish, many have asked, "How has housing been able to still rebound?"

The record-low rates are allowing homebuyers to purchase a home that is 50 percent more expensive than they otherwise would have been able to afford, compared to average mortgage rates for the past 20 years, according to Tim Iacono of Iacono Research.

The housing market started to mend in 2012 — making it the "most successful sector of the economy this year," according to a recent TIME magazine article. Home sales grew, foreclosures fell and housing prices started to rise this year.

As home prices continue to rise, some analysts expect lenders to ease up and be more willing to lend, which could provide another boost to home prices. Higher home prices also will likely give consumers confidence to spend more money, which can help give a boost to the overall economy, too.