Grounding and Bonding: What Home Inspectors Need to Know

In this article, I will try to simplify this subject as it relates to a home inspection.Hope I can clarify some things and not further “muddy the waters!"

First, let’s review the basic definitions of grounding and bonding.

Connecting/connected to ground or to a conductor that extends the ground connection.

So, to be grounded, there must be a direct connection to the earth (that is, the ground). To be bonded, there must be a direct connection to another conductive device or material. Both of these types of connections are done by design in electrical systems for safety. Unintentional grounding and bonding can be present in certain situations that can cause faults and hazards. I will give examples of these later in this article.

A primary purpose of grounding an electrical system is to limit voltage from lightning and power surges, and to direct that potentially dangerous energy to the earth. Bonding is done to connect all conductive electrical equipment to keep the equipment at an equal electrical voltage potential and to provide a path back to the power source through an overcurrent protective device that will de-energize the circuit in the event of a fault. The equipment grounding conductor (EGC) provides that path.

The conductive path used to carry ground-fault current and used to connect normally non-current–carrying metal parts of equipment together.

Now, by that description, we see that the EGC has at least two purposes: as a designed fault current path and to “bond” conductive equipment. Yes, I said “bond.” This is where some confusion can come in. Although we refer to these conductors as “grounds,” “grounding wires” and equipment grounding/grounds,” they are also bonding conductors.

The GEC is connected to the system neutral. This connection could be in the service equipment panel, the meter base or at the load end of the overhead service drop (the connection to the utility). 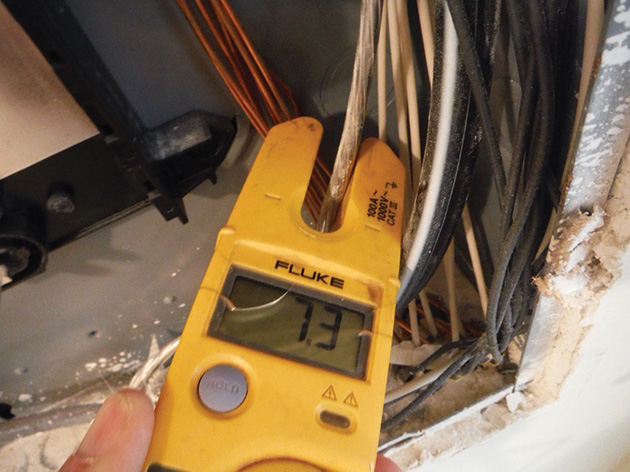 For our purposes in this discussion, the neutral is the grounded conductor. Although the neutral, EGC and GEC are all grounded, they have different and specific functions. If you don’t remember anything else from this information, remember and understand this:

In a normally operating electrical system, the neutral (grounded conductor) carries current by design. The EGC and GEC only carry current in the event of a ground fault or improper load side bond.

After this point of connection/bonding, the neutral conductor is required to be separated from the metallic, conductive components and equipment in the system. So, at downstream panels, outlets, devices, metal boxes and disconnects, the neutral is no longer allowed to be “bonded.” 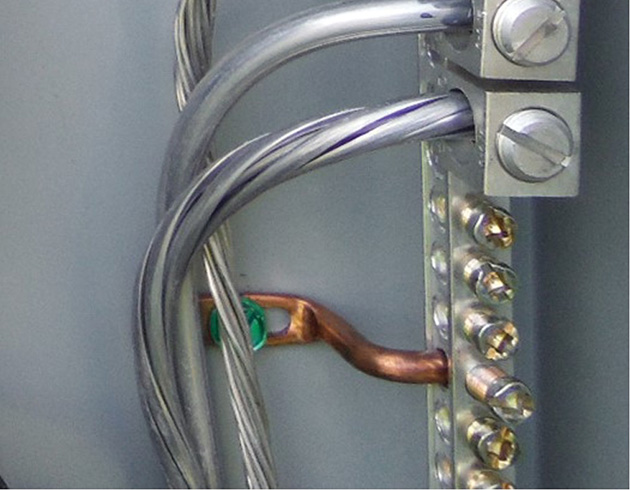 This is where I often see confusion and arguments among home inspectors. A commonly incorrect statement is as follows: “A subpanel should not be bonded.” While it is true that the neutral should not be bonded in a subpanel, the panel enclosure must certainly be bonded. This bond is provided through the equipment grounding system that we discussed earlier.

There is a Distinct Difference Between the Neutral Being Bonded and the Panel Enclosure Being Bonded.

Past installation practices allow exceptions to load side neutral bonding in some situations. The metal chassis of electric dryers and ranges were allowed to have the neutral conductor bonded on the older method of three wire circuits to these appliances. This is no longer allowed in new installations.

Feeders to separate buildings also allowed three wire installations. The neutral in those feeds were required to be bonded to the subpanel enclosure, and to the EGC and GEC systems at the separate building. The building must have its own grounding electrode system. There could be no other conductive path between the buildings for this to be compliant. This provision is no longer allowed (per the 2008 NEC) except for existing installations. Four-wire feeds are now required with separate neutrals and EGCs.

Rationale for Rules and What to Look for in the Field

Equipment bonding is required to keep all normally non-current–carrying conductive devices at an equal voltage potential. That bonding is done through the equipment grounding system to provide a dedicated low-impedance path back to the overcurrent protective device to clear a fault.

Separating the neutral and equipment grounding conductors after the service disconnect is required to prevent current from using the metal components as a parallel path. Remember that current will take ALL available paths. If the neutral is bonded to the metal enclosure of a subpanel, that panel would be part of the circuit and would be energized with the neutral current. The same is true with metal boxes, metal frames of appliances, switches and receptacles. All of these metal components or devices are located throughout the home and are “touchable objects.”

These photos show how the current is affected when the neutral is bonded in a subpanel, compared with when it is not bonded. The feeder circuit is under the same load in both examples.

Properly wired subpanel (neutral, not bonded). All 15.5 amps are on the neutral feeder.

No current on the EGC feeder (neutra,l not bonded).

Why Do We Bond the Neutral and EGCs at the Service Equipment?

The service neutral is the path back to the electrical supply source, which is the service transformer. We want that path to be low impedance to allow fault current to rise as rapidly as possible to a level that will trip a breaker or blow a fuse.

Grounding and bonding must work together in order to provide a safe system. Having one without the other defeats the intended result.

Real-life Example of an Electrical Supply Being “Bonded,” but not “Grounded”

A three-wire feeder was run to a subpanel in a detached garage. The feeder consisted of two hot conductors and an insulated neutral conductor. The neutral was terminated on an insulated “floating” neutral bar in the subpanel. The branch circuit equipment grounding wires were terminated to the grounding bar that was directly attached to the panel enclosure; so, the neutrals and equipment grounds were “separated.” The branch circuit equipment grounding wires were “bonded” to the metal outlet boxes and metal fluorescent light fixture enclosures throughout the garage. These metal boxes and fixtures were fastened to the metal siding in the garage.

As I began my inspection of the garage electrical system, I touched the panel cover to open it and felt a definite shock. I pulled out my non-contact voltage sensor and checked the panel, which indeed was energized.

(Please note: Best practice would have been to check with the sensor first!) 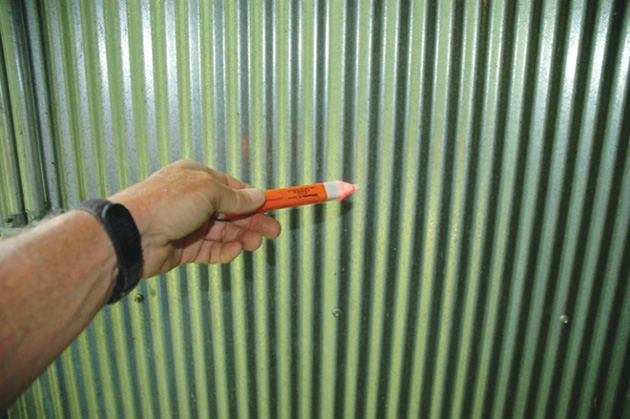 The owner of the home was present during this incident and confessed that he had done all of the wiring. He started checking some light fixtures as I continued with my inspection. After a short time, he asked me to come back to the garage. He had found a hot wire that had come loose in one of the fluorescent fixtures and was contacting the metal enclosure. That wire then energized all of the metal components and siding via the bonding connections.

The metal boxes, panel, light fixtures and metal siding measured 118 volts to the neutral! Since I was standing on a dirt floor when I touched the panel, the current used me and the earth as a path to complete the open circuit and return to the supply source. Fortunately, that was a high- resistance/poor-conductive path and allowed only a very minimal current flow (but enough for me to feel the shock).

As I mentioned earlier, 3-wire feeders to detached buildings were at one time allowed by the NEC. Again, these 3-wire installations require bonding the neutral and EGC.

Had the garage in my inspection been properly wired for a 3-wire supply, the fault current would have used the neutral feeder conductor and tripped the breaker.

Low-voltage systems such as cable TVs and telephones must also be bonded to the grounding electrode system. This connection is done at the intersystem bonding terminal.

Be Watchful on Your Inspections

Unfortunately, improper grounding and bonding installations are very common. Home inspectors encounter these potentially dangerous issues almost every day. Knowing the basic logic for specific requirements will help inspectors to understand the concerns, explain the consequences and identify defects when they are present.

I hope the “muddy water” is maybe a little clearer now.

ASHI Certified Inspector Mike Twitty is the owner of Homescan Property Inspections in Mt. Juliet, Tennessee. He began his home inspection business after retiring from a 30-year-career at Ford Motor Company, where he was an industrial electrician. He is a Tennessee-licensed electrician and is a certified-residential building inspector and residential-electrical inspector by the International Code Council.