Coastal Decks: Red Rust on Decks Is a Safety Warning 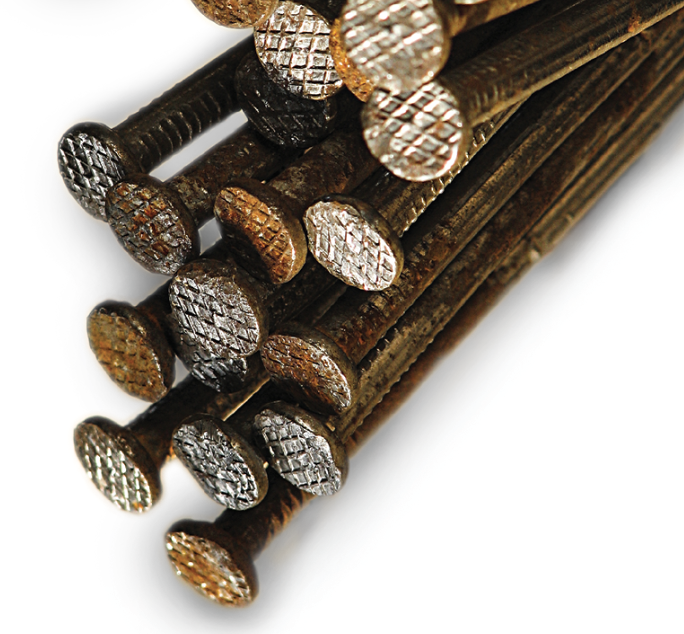 It is common knowledge that decks near the beach have daily exposure to sea spray (saltwater), and that the red rust on nail heads and red rust stains on the wood framing are visible within a couple of years at typical new beachfront construction. A practical issue for owners is understanding that a deck having red rust at nail connections is  not only an appearance issue, but also a safety warning that the structural components of the deck may be unsafe and could cause a total collapse of the deck floor, guard (guardrail) or stairs.

Awareness of this red rust safety risk is especially important for coastal decks because rust occurs so quickly. This safety risk, however, also applies to most decks. It usually takes much longer to occur, but eventually, most decks will face this same risk of red rust.

Structural components can fail for many reasons such as installation of components that are not intended for use with decks, and improper component installation. Red rust corrosion of steel hardware (such as nails, screws, lag screws, bolts and joist hangers) and deterioration of the wood around the hardware is another, often overlooked, cause of deck structural failure.

How Steel Nails Are Protected

Steel nails commonly used in deck construction are coated with a layer of zinc that protects the steel from the airborne ocean water salts (sea spray). In service, the zinc layer is totally sacrificed by the corrosion process over a period of time, the length of which depends on the thickness of the zinc layer. Once the zinc layer is gone, bare steel is exposed to sea salts that rapidly destroy the structural strength of the nail connections, making deck components (floor, guards and stairways) dangerous for occupant use.

To understand the impact of red rust on deck safety, it may be helpful to review a recent structural load test of a simulated deck floor. In Photo 1, a 2x2 ledger strip is nailed to the lower edge of a simulated support beam. In addition, the deck joist is toe-nailed to the support beam. At the center of the 2x10 floor joist, a vertical load (indicated by the red arrow) is applied to simulate the weight of occupants on an actual deck floor. 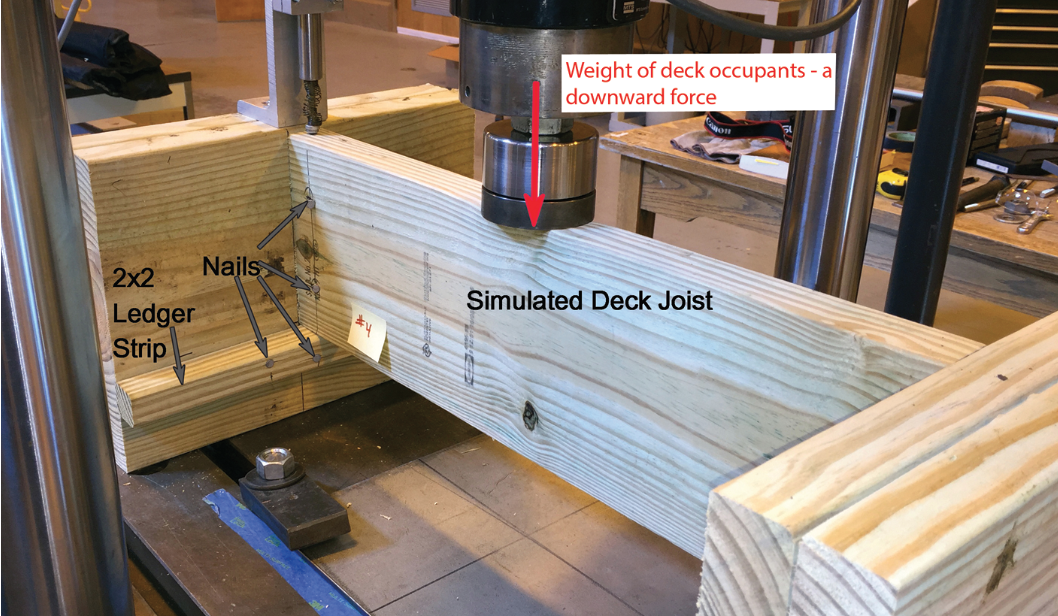 Photo 1. Residential decks are designed per code to support 40 pounds per square foot (or one person for every square foot of deck floor area, based on an average weight of 160 pounds).

Photo 2 depicts the test specimen after testing, showing the steel nail shanks and nail heads that supported the joists during the application of the simulated occupant load. 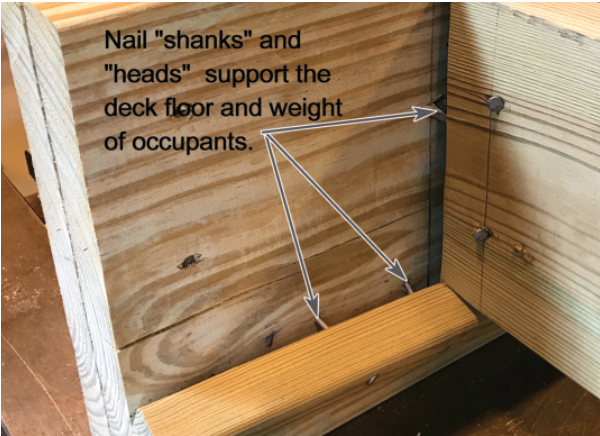 Photo 2. A test specimen after the test load was removed. The entire simulated occupant load was supported by the nail shanks and heads. For actual decks with this detail, occupants are supported in the same way.

Thus, it can be concluded that the ability of a deck floor to support occupants is totally dependent on the integrity of the nail shanks (and nail heads) depicted by the arrows. Simply stated, visible red rust and rust stains are a warning that critical structural elements of a deck may be unsafe, and at a great risk of collapse.

If red rust on a nail head can be wiped away, then there may be no actionable safety issue yet. If, however, the red rust cannot be wiped away, then the nail shanks are likely to be rusted at least as much as the nail head and the wood itself may be decayed. The nails and wood support the deck floor and the occupants, and the failure of these components can cause a deck collapse resulting in injury or worse.

Referring to Photo 1, the mechanism for this rust and decay begins at the butt joint between the deck floor joist and the deck beam, and between the 2x2 ledger strip and the deck beam. Rain floods these butt joints with corrosive water from above. Rainwater combined with corrosive saltwater cannot dry quickly in these butt joints, creating the ideal conditions for nail corrosion and wood decay. This means that the nail shanks get smaller in diameter from corrosion and the hole in the wood gets larger from decay. This is a bad situation that only gets worse over time and continued exposure. Evidence from coastal deck collapse events validates the mechanism of nail shank corrosion and wood decay described above. Photo 3 shows an example of this corrosion. 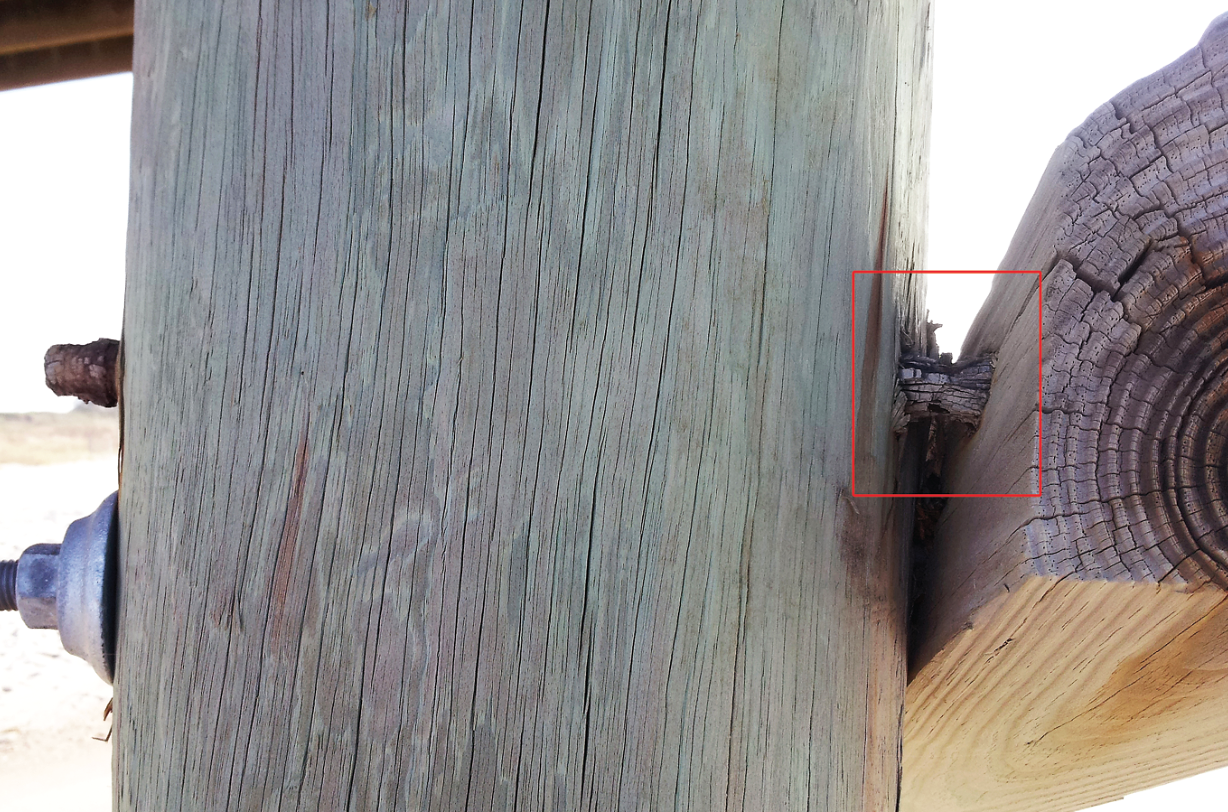 Photo 3. The old bolt is severely corroded and reduced in diameter compared with the newer stainless steel bolt below.

Failure of the critical deck-to-house connection often is caused, at least in part, by absent or improperly installed flashing where the deck ledger is attached to the house. Inadequate flashing at this butt joint between the deck ledger and the house creates the same issues as previously described. Corrosive saltwater enters this butt joint, corrodes the fasteners and causes the wood to which the deck ledger is attached to decay. Photo 4 shows an example of a severely decayed band joist resulting from water intrusion.

Photo 4. Inadequate flashing contributed to the decay of this band joist where a deck ledger was connected. No quantity of fasteners will secure a deck to this band joist.

For at least a decade, DCA6 has recommended stainless steel fasteners and connectors for decks within 300 feet of a saltwater shoreline:

Recognizing the safety implications of extreme corrosion due to saltwater exposure, the 2018 International Residential Code (IRC) requires stainless steel for decks located within 300 feet of a saltwater shoreline. Specifically, the relevant 2018 IRC Section R507.2.3, and Table R507.2.3, Footnote b, state the following:

Table R507.2.3. Fastener and connector specifications for decks, footnote b: Fasteners and connectors exposed to salt water or located within 300 feet of a saltwater shoreline shall be stainless steel.

This change, when adopted by state codes and jurisdictions, will greatly benefit homeowners, rental property owners and all parties who will occupy coastal decks within 300 feet of a saltwater shoreline. As a matter of good practice and out of concern for public safety, we recommend that builders implement the 2018 IRC for all new construction. Homebuyers should require stainless steel fasteners and connectors for the construction of their decks to prevent deck collapses and injuries related to corrosion of steel fasteners (such as nails, screws and bolts) and steel connectors (such as joist hangers and straps).

The deck industry recommends that a qualified person inspect all decks annually. A qualified person, such as a specially trained home inspector or an engineer, should have knowledge of current building code provisions and wood industry deck construction guidelines, such as DCA6, published by the American Wood Council (https://www.awc.org/pdf/codes-standards/publications/dca/AWC-DCA62015-DeckGuide-1804.pdf). Owners and home inspectors also can benefit from reading Black & Decker Deck Codes and Standards, a recently published book about residential deck inspection by Bruce Barker, a deck inspection expert (for a review of this book, refer to the May 2018 issue of the ASHI Reporter at this link: http://www.ashireporter.org/HomeInspection/Articles/Evaluating-an-Existing-Residential-Deck/15223). An objective of this inspection is to identify defects that could create an unsafe condition and that might not be obvious to an untrained person.

With respect to red rust nail corrosion, however, neither a homeowner nor a specially trained home inspector needs special deck inspection expertise since rusted nail heads and rust stains are visible. When red rust fastener or connector corrosion is observed, an in-depth investigation is needed for continued safe use of the deck. This type of in-depth investigation is beyond the scope of an annual deck inspection.

The detection of life-safety deck deficiencies generally requires specialized knowledge and experience in deck inspection; however, for the case of a structural deficiency due to the corrosion of galvanized nails (including screws, lag screws, bolts and joist hangers), owners and property managers have a visual warning that critical structural components may be unsafe. When red rust is observed on nails and other fasteners and connectors, the deck structure should be evaluated by a qualified person, such as a professional engineer with knowledge and expertise in the structural evaluation of compromised nails (and other fasteners) and connectors relative to the loading requirements of the current building code, to determine if the deck is safe in its current condition for future use. If the structure has not been evaluated, the deck should not be occupied until it has been repaired or replaced.

Joseph Loferski, PhD, is Professor in the Department of Sustainable Biomaterials at Virginia Tech in Blacksburg, VA. He teaches, conducts research and consults on wood and wood-building components including decks, deck guardrails and wood deterioration in structures.

As this series of Managing Risk articles wraps up, I hope that you have a better understanding of the importance of pre-inspection agreements and the provisions that make them stronger.

For Sellers: How to Work with Your Inspector During a Pandemic

Selling your home can bring up anxieties. On top of that, finding out the results of a home inspection can be unnerving, as you may have to consider unexpected maintenance issues. And now, worries about the coronavirus bring up questions about whether even having a home inspection is safe right now.

How to Get the Most from a Conference