A Retired Home Inspector Looks Back 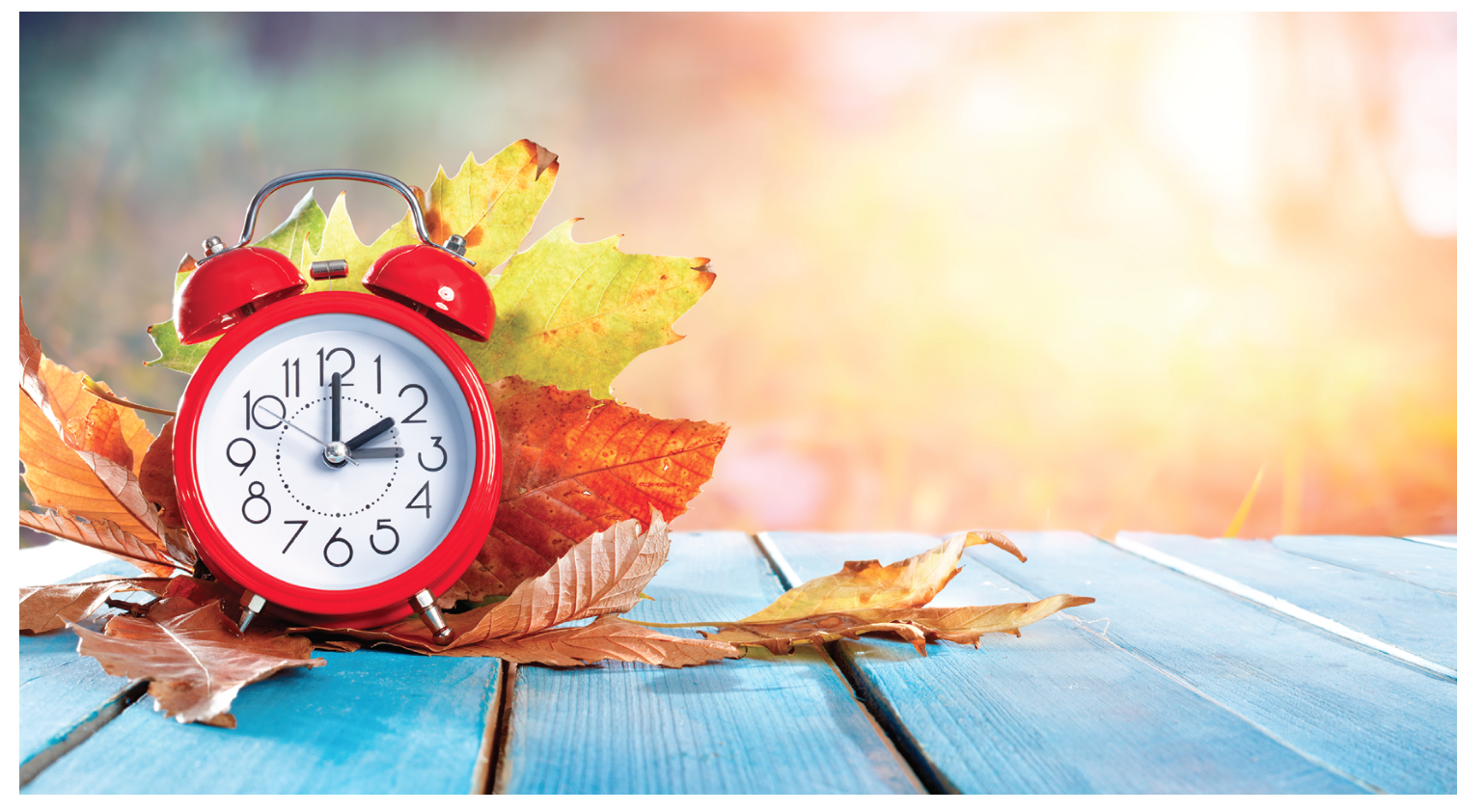 I bought an outlet tester on the day before my first inspection, about 28 years ago. I don’t remember exactly what I paid for it, but it was only a few dollars. I hurried home and showed it to my wife. We both stared at it, fascinated by the colored lenses and the technology contained in such a tiny instrument, as though we were watching a magician about to perform a trick. “Wow,” she muttered, impressed. After reading the small words printed on the front, she asked me, “What’s reversed polarity?” “I’m darned if I know, darling,” I replied, “but it’s not good.”

We chuckled then, as we did when I remembered that moment as I retired, but the story shows how little I knew at the time. It also makes me realize how much has changed over the years. Change is essential for survival and when I look back, I remember how changing circumstances and the need to survive and grow as an inspector compelled me to make changes. The thoughts and experiences I’m about to share document some of these changes, which I hope will contribute to dialogue in the industry and help those who are just starting out.

STANDARDS AND SPECIALIZED INSTRUMENTS
The industry is regulated by standards written by the best minds in the business. They define inspectors as “generalists,” whose service is visual and whose job is to defer to licensed “specialists.” Standards are an essential asset and, from a legal perspective, might be said to be the first line of defense, but they’re not immutable. In the pursuit of perfection, they’ve evolved and should continue to do so.

Specialists have their own standards and also depend on their senses, but they use specialized instruments, too. What is a specialized instrument? The outlet tester I bought seemed “specialized” at the time, and a few years later, I read an article that described an ordinary spirit level as a specialized engineering tool, which seemed like an exaggeration. But I must admit that the flashlight I used on my last inspection also seemed specialized. It was a fraction of the size of the first one I owned and had a piercing beam of light that made my first one seem like a candle held aloft in the darkness.

Anyway, I hope you see what I mean because some argue that the use of specialized instruments can violate industry standards and jeopardize an inspector’s standing as a generalist, but even truth is subject to interpretation. For example, the tests for truth typically are established by numbers, tradition and authority. In other words, if a large enough number of people say something is true, it probably is. And if something has been done the same way for a long time, it’s probably also true. Or if a person, such as a pope, a pastor or even a president, says it’s true, then it likely is, but it’s all not as simple as it sounds. However, the truth is, when it came to my career as an inspector, I tended to follow my instincts and my experience.

THE VALUE OF INTUITION AND EXPERIENCE
I wanted to be a good inspector, but I was also a humanist, not in the strict philosophical sense, but in the sense that I relied on my intuition and my experience, rather than the strict authority of standards, to lead me.

For instance, among the first significant things I learned was that the inspection industry was plagued with frivolous lawsuits that were rarely talked about, as if they were a family secret instead of a known threat.

I came to believe that any instrument that might prevent me from becoming the victim of a frivolous lawsuit was worth the cost of being branded a renegade or an outsider.

I also believed that if my status as a generalist was being challenged, it would likely mean that I was already the victim of a lawsuit or about to become one. At that point, any defense would be academic inasmuch as the vast majority of lawsuits are settled out of court, simply because the cost of settling them is far less than the cost of defending the innocent.

Of course, this is no secret to anyone who wants to know the truth, and I hope this does not sound like a rant about lawsuits and the legal system, because it’s not meant to be. I only mention this fact because lawsuits are a continuing threat, and because I want to talk about meaning and the delicate balance between instruments and standards and the necessity of change.

THE GEOLOGIST AND THE SELF-LEVELING LASER-LEVEL
Many years ago, I became acquainted with a geologist who was with me on several hillside inspections. I noticed that he used a self-leveling laser level (about the size of a contractor’s tape) that projected vertically as well as horizontally. At that time, I carried a torpedo laser level that had to be held level and only projected horizontally.

I used it occasionally when my inner ear warned me about a sloping floor. I’d been told that veteran inspectors carried marbles to check for the same thing, so I felt that I was years ahead of them with my torpedo level.

The geologist noticed my interest in his level and invited me to try it. I was impressed that all I needed to do was to turn it on and set it on the floor, and that it displayed vivid red lines across a considerable distance. The display was impressive, but it was an expensive instrument. It may not have seemed expensive to him as a geologist, but to me, it was hundreds of dollars more than I’d paid for my low-tech torpedo level.

He said that he’d only recently bought it after being sued over a dispute about a floor that was out of level, but which he had not mentioned in his report because he’d not been aware of it. He was still angry because his insurance company elected to settle, even though the floor was only slightly out of level and it was likely built that way and not related to soil. He had never anticipated being sued and had a very high deductible.

Few people care to admit that they’ve been sued, but he did so because he regarded me as a fellow traveler on life’s journey who could be subject to a similar lawsuit. He told me that he used his level on every inspection to note the slightest deviation from plumb and level, and even on the tiniest cracks, which he always deferred to a structural engineer to protect himself further. Needless to say, I promptly bought the same level and not only used it, but photo-documented the degree of slope with a tape. I too reported on every crack and unsquare opening. However, my acquaintance with this geologist also led me to reconsider fees, standards and prejudices. (I say prejudices to acknowledge what might be said to be a personal bias.)

To explain, my friend the geologist was responsible for evaluating the stability of soil, which is a simplified definition of geology, and for which he was charging fees that were astronomical compared with mine. And yet, ironically, I was on site much longer than he and responsible for evaluating many more things. In other words, I too, could be sued over floors that slope, but I also could be sued over foundations, roofs, plumbing, electrical, heating and air-conditioning, and even something as insignificant as a toilet. Ask anyone in real estate about this common fact and they’ll likely say, “yes, of course,” because they don’t see inequity in the disparity between the services and the fees of “generalists” and “specialists.” But with the constant threat of frivolous lawsuits hanging over my head like the sword of Damocles, I certainly did and resolved to make more changes.

GENERALISTS VERSUS SPECIALISTS
For many years, I’d considered myself to be a generalist, the furthest thing from a specialist, but few things happen in isolation. Change is glacially slow and I’ve noticed that some inspectors distinguish themselves by declaring to be “master inspectors” or “certified inspectors,” and the distinctions are becoming more varied. In truth, my own inspection service was becoming more specialized and I was even beginning to think of myself as a specialist. However, perhaps because of my military background, I came to regard myself as a “soldier” once more, first in the line of fire. I decided that I needed more ammunition and better body armor and that my fees should reflect the risk I was taking.

One indisputable truth continued to haunt me: Regardless of how inspectors choose to view themselves, many clients and the majority of attorneys and court officials tend to view them as specialists, and hold them liable for everything they do and report on, or fail to report on. Perhaps it’s an aberration of human nature or the misapplication of the scientific principle of cause and effect, but if after an inspection a roof leaks, a toilet blocks or a floor is found to slope, an inspector is likely to hear about it. To quote an ancient Chinese proverb, “One rat turd ruins the rice.”

RETIREMENT REFLECTIONS
I hope you’ve found my reflections useful. Now that I’m retired, I have no need to advocate change. For the record (and in case someone reads more into this than they should about where I stand and what I believe), I hold inspectors in the highest esteem and I believe that the American judicial system is the finest in the world. I also believe that justice is an ideal, that the legal system is easily corrupted and that I utterly despise people who file frivolous lawsuits. They’re scoundrels who only care about money and nothing about truth and justice.

I also believe that change is essential. In fact, when we stop changing, we start dying. This is as true for industries as it is for individuals. If you’d like to hear more about instruments and standards and changes in the industry, I have some time on my hands now, so feel free to call me at 208-916-8263.