Basement block walls require close scrutiny during your inspection because they can fail in many ways. Let’s focus on one: horizontal movement.

A concrete masonry unit (CMU) is a standard-size rectangular block used in home construction. Block basement or foundation walls don’t have the strength to resist much horizontal pressure.

Pressure from clay or expansive soils can move block walls inward. So can faulty exterior maintenance by the owner, including poor control of surface water. During your inspection, you might encounter repairs made to counter wall movement. 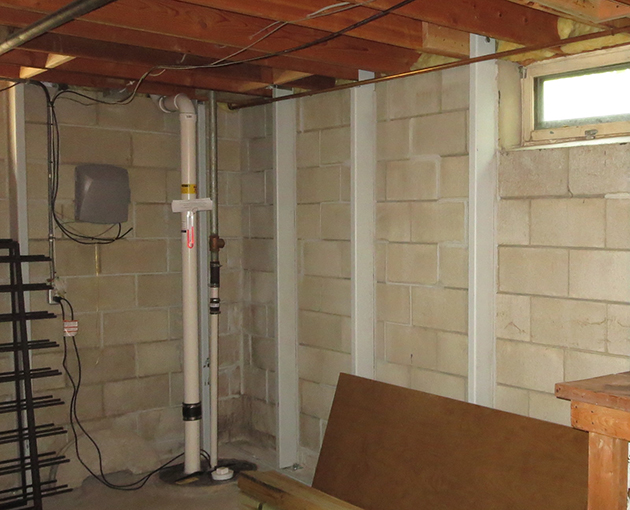 One traditional repair method uses tubular steel beams inside the basement to stabilize the wall (Photo 1). These steel tubes are secured to the footing and joists with bolts. Blocking is placed between joists that are parallel to the basement wall to transfer the force. The wall may be straightened through excavation or left in the displaced position.

An alternative system uses jack screws that allow beams to be forced into the wall over time. In Photo 2, the beams on the right have jack screws (they’re hard to see in this photo) bolted to the side of the original joists. The beams on the left are bolted to new framing below the joists which transfers the load to several joists parallel to the reinforced wall. 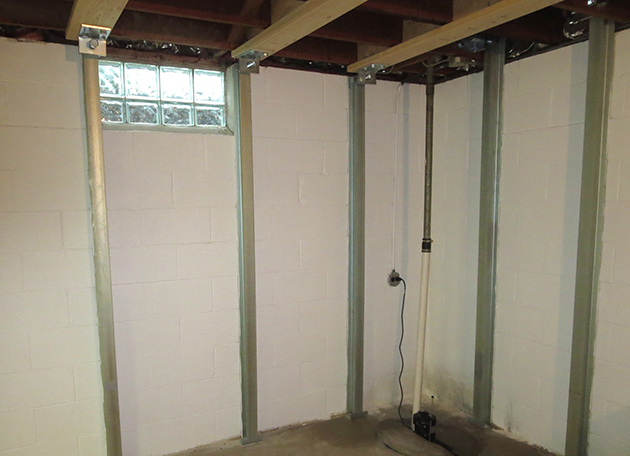 Once the exterior soil dries and shrinks, the screw jacks can be tightened to push the wall back into place.

The jack at the top of the beam shown in Photo 3 appears to be high-quality. Perhaps it’s the product of a specific engineering design. Well, we’re not sure about the design. This jack is placed on the new framing attached to the joists to transfer the load between several joists and the block wall. 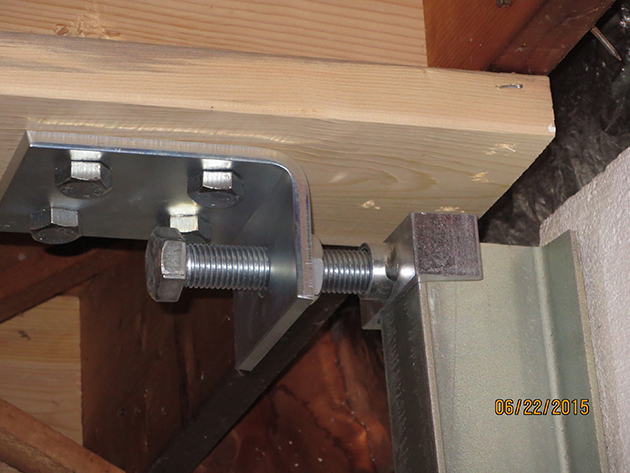 Another jack (Photo 4) is bolted directly to the floor joist to transfer the load between the wall and the joist and framing of the home. This looks like substantial bolting, right? Is it adequate? 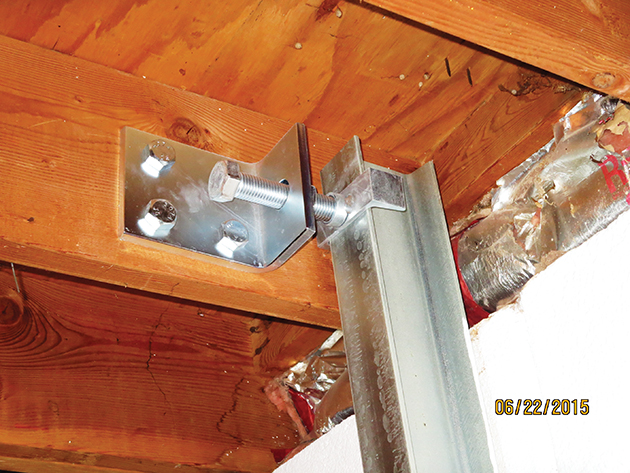 Photo 4. Jack on side of joist.

But Who Turns the Screw?

In these cases, we don’t know when, how or who should be adjusting the jacks or turning the screws. The contractor? The owner? Other unknowns: What is the proper position of the wall? How much wall movement is acceptable? Is the design of the beams, bolting and screws adequate?

Always check a block basement wall for movement and cracks. If you see a repair, consider advising your buyers to obtain the engineering design and contractor information for further review, warranty information and historical documentation. In this case, the design may require routine action by the owner and evaluation of the engineering design. Inspectors are not paid to evaluate structural designs and repairs.