By Sandy Bourseau | August 01, 2011
Gary Moseley had to schedule his deck inspections in the Seattle area around supervising a salvage dive. As it turns out, volunteering for Deck Safety Week was a minor commitment when compared with Gary’s service to the Yankee Clipper Foundation.

The Yankee Clipper is a 54-ft. gaff-headed ketch, which is 19th century rigged; that means all wood construction, belaying pins, block and tackle and chain plates. The foundation is a non-profit of all volunteers. Its mission is to provide an opportunity for youth to learn maritime skills and pursue maritime careers. Three current crew members are attending Maritime Academies and will be commissioned upon graduation. Last October, it celebrated its 80th anniversary. 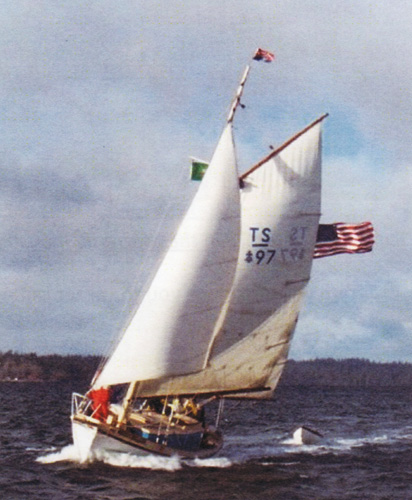 Above: The Yankee Clipper


But, why the need for a salvage dive? Gary explained: “In March, we were coming in during a storm with 20 Scouts on board; a mechanical failure resulted in loss of helm. We were able to land alongside a fishing pier. A piece of metal jutting from the pier raked our aft quarter and one of the bronze chocks was lost overboard. It’s not in deep water, but the water is filled with river silt and the current is fast. The chock isn’t easily replaced; it’s expensive to have a new one cast. The chock positions our aft mooring lines.

Attention to detail is a trait that serves Gary well, both in his profession and as the skipper of the Yankee Clipper, which became apparent after the incident. It turned out the series of events that nearly put the ship on the rocks started with a single broken tooth in a permanently sealed case for the telegraph lever. But that wasn’t obvious immediately.

Gary said, “During the incident, we were running out of control. My crew obeyed orders, the Scout Master obeyed my orders; we were able to keep the Scouts safe and arrest the boat against the fishing pier, preventing it from smashing against the rocks. My own difficulties began when the Coast Guard boarded the vessel. As the Boarding Officer demanded the different documents and logs, I was able to produce them.

“Freak events happen; details get missed. It’s incredibly important to document everything, even the least-meaningful detail. This has been done since Commodore Kelly became skipper of the Clipper at the age of 21, returned after commanding a Navy vessel in WWII, and currently serves as the Foundation’s Chairman at the age of 90. During his tenure as skipper, he kept everything and he passed along this habit. 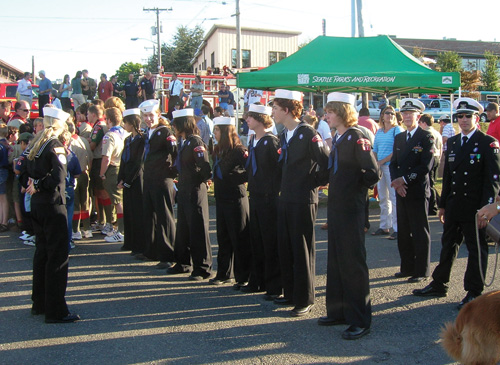 Above: The crew of the Yankee Clipper in 2007 at a dedication. The second uniformed person from the right is Commodore Kelly, age 90, who Gary Moseley credits with establishing the detailed recordkeeping habit that proved to be so important in the recent docking incident.  He remains active with the Clipper.

Above: Kelly joined the Yankee Clipper as a young teen and became skipper at the age of 21. His education and experience on the Clipper fit him for command of a Navy vessel crossing the Pacific. After the war, he became a Naval Architect and at the age of 90 remains active with the Clipper as Chairman of the Yankee Clipper Foundation. Recently he climbed the Mizzen to make routine repairs.


“When I took command as skipper, I inspected the entire vessel and photo-documented everything. I made reports to the Foundation regarding deficiencies and documented the remedies. Previously archived were the manufacturer’s specifications of the telegraph lever. One specification saved me a lot of grief: This is a foolproof system; the gearbox is not to be opened except by the manufacturer. When asked why I didn’t inspect or service this device, I was able to show a photo of the inside of the binnacle box and produce the original (1952) telegraph instruction.

“In May, the sealed encasement was opened and documented, and I was cleared of ‘panicking and jeopardizing the passengers and vessel.’ There had been quite a few parents on the fishing pier watching us come into the marina adjacent to the pier. Several wrote messages expressing gratitude regarding how the crew of the Yankee Clipper performed its duties and kept their children safe. Because of practices started by Commodore Kelly, no person will be blamed for the many thousands of dollars of damage to the ship and pier. It’s a no-fault mechanical failure. The insurance company will cover the costs and there’ll be no sanctions from the Coast Guard.”

At last report, the salvage dive had not been completed. Strong currents and a minor equipment issue caused the first dive to be aborted. It was rescheduled, and Gary is continuing to bring his attention to detail and commitment to service to both his professional and volunteer activities.