By From ASHI@Home by Carson Dunlop | April 01, 2013
Basic categories starting with building and roof shapes, chimney and dormers

Single-family homes, for the most part, are rectangular. They can be one-story, one-and-a-half-story, two-story, two-and-a-half-story or three-story. Split-level houses have adjacent sections a half-story above or below each other. These may be sidesplit or backsplit. Houses can be longer in one direction than the other. Houses also can be boxes, with all four walls of equal length. Many houses are a combination of rectangles, with wings or Ts off a main box. While curved walls are less common, you will find some. Walls that intersect each other at something other than a right angle also are less common, but inspect homes long enough and it's likely you'll see some.

In rural areas, houses almost always are detached. In urban settings, houses may be detached or they may share one wall with a neighboring house. In many areas, these houses are called semidetached. When more than two houses are attached, often they are called row houses or, in some areas, townhomes. A detached building with separate residences on the main and second floors is called a duplex. In some areas, duplexes also may mean two dwelling units side by side in a single building.

Floor plans of houses vary widely and may be complex. However, with few exceptions, they are made up of a number of simple elements. We've talked about houses being one, one-and-a-half, two, two-and-a-half or three stories in height. We also can look at the depth of the house. A linear-plan house, for example, is essentially one room deep. A massed house typically is two rooms deep.

Transitional-style houses, like Cape Cods and saltboxes, are typically one-and-a-half rooms deep. Houses that are square typically are two rooms deep and two rooms wide. These often are called four-square homes. Adding units to form an L, T, U or H makes the plan compound. 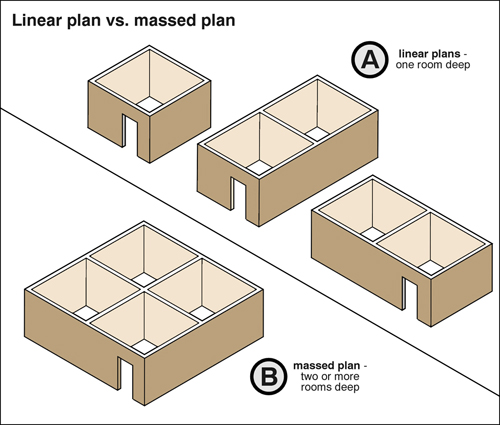 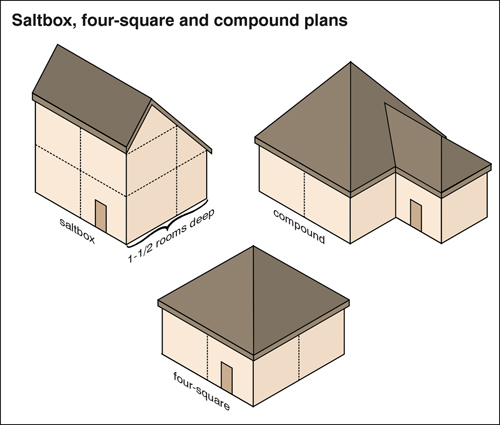 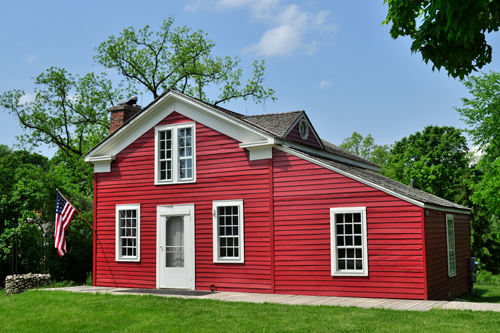 Above: A typical saltbox style home.

The shape of the roof, in part, determines the shape of a building and often it determines the house's architectural style. Roof shape – slope, hip or gable, dormers or not, bell-cast or not, etc. – is quite flexible on most buildings. The designer can determine how the building looks by choosing the roof shape. For example, a saltbox house is largely defined by asymmetric roof slopes. When a roof is tall, steep or intricate, it can become the dominant architectural feature of the home. 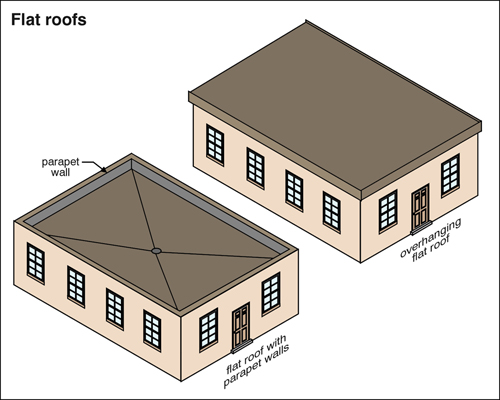 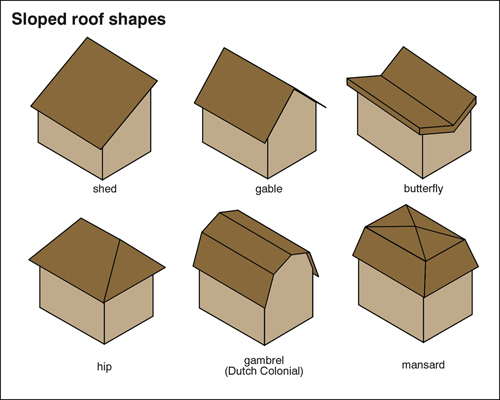 Flat roofs, the simplest of roofs, always are an option. They may overhang the building walls or building walls may extend slightly above the roofline, forming parapets. In the latter case, there is no overhang.

Sloped roofs can have many shapes:

Slope of the roof

The edge of the roofing that sticks out along a gable is called the verge. Roof gables may have decorative treatments such as intricately carved vergeboards, barge-board or gingerbread, trusses in the gables or beams projecting from the gables. 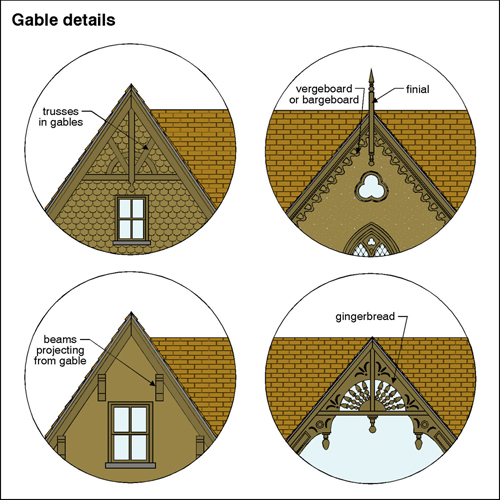 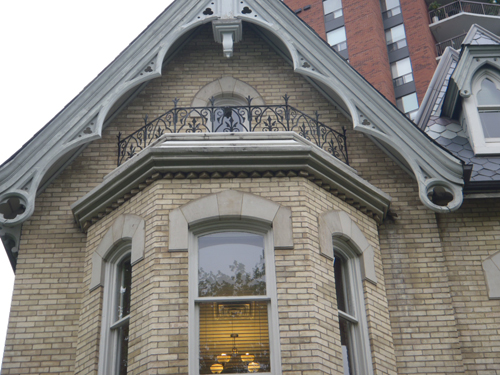 Image: An example of a verge detail on a gable roof.

The amount of overhang on a roof can strongly influence the architectural style of the house. Some roofs have no overhang, others have a modest overhang, and still others have a pronounced roof overhang. There is a functional issue here since generous roof overhangs generally keep walls drier. As you might imagine, generous roof overhangs tend to be more popular in wet and northern climates. There are, of course, exceptions to this. Large overhangs also help to shield windows from direct sunlight, keeping the home cooler in hot weather. Roof overhangs sometimes are exaggerated to form roofs for porches.

We have briefly introduced the topic of architectural styles as it relates to building and roof shapes. Next month, we will discuss chimneys and dormers. This is just the tip of the iceberg, as there are many other features that make a home distinctive, such as the style of windows, doors and columns. In the ASHI@HOME training program, we explore general architectural categories. Examples of these may be Ancient classical, Renaissance classical or Spanish style. Recognizing the style of the home can be helpful for home inspectors, giving them a better understanding of the structural elements involved in the construction of that home.

From ASHI@Home by Carson Dunlop

The ASHI@Home education system is a comprehensive distance-learning program developed with ASHI by one of the most respected names in training and professional home inspection — Carson Dunlop. This program goes far beyond an introduction to home inspection, providing career training that prepares you for success in this exciting consulting profession. Also, individual modules are approved for ASHI CE credits. Choose the printed version or the ASHI online learning program. Call 800-268-7070, Ext. 251 to learn more.