By Edited by ASHI Staff | January 01, 2016
Candidates identified issues in matrices Officer and director candidates for 2016 were asked what they considered to be the two most pressing problems ASHI would be facing in the next 12 months. The comments shared here and on the following pages were taken from their answers to this question in the matrices they submitted to be considered by voting members for their respective offices. Links to all the matrices can be found in this section of the January 2016 issue at www.ashireporter.org.

Officers Who Will Lead ASHI for 2016
The president-elect automatically becomes the president. The winners will be installed at the IW 2016 Board Meeting in San Diego, California, and will serve immediately afterward. 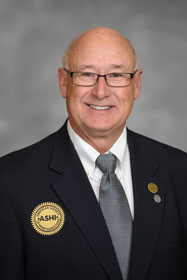 The second issue is getting ASHI operating in the black, which can be achieved by growing membership, careful planning and budgeting.


There is no question positive membership growth and, more importantly, membership retention are the two most significant matters that require continued diligence and awareness. As for the paths to follow, it would appear the committee and the board are proceeding in such matters by the development of various contacts with franchise entities and amending current membership categories. Furthermore, the equalization of the current dues structure has been addressed and is being monitored. Allowing ASHI School students to become paying members has shown positive reaction as well. 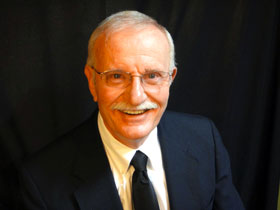 
ASHI members ask for marketing and education above all else. ASHI needs to allocate and direct resources to keep the organization on top of quality education offerings, and we need to expand the Internet marketing of our members and of the organization’s prestige in the eyes of the public and especially of the real estate community.

As an ASHI officer working with the Board, I can help with the allocation of resources, including money and man- power, to make our members the best- educated and best-promoted of all of the inspectors in the country.

We should work to develop the contributions that can be made from the Board, Council and Committees to help turn enthusiasm into accomplishment. This takes Board and staff support. We have a team now that is member-oriented and a staff that is very productive. We know what direction that the members want ASHI to take. It needs to continue!

ASHI needs to budget funds to market on a national level while providing marketing tools to local chapters and members to help them advertise, promote and market ASHI® and their business.


Two significant issues facing ASHI are improving the success of our new members and increasing ASHI’s presence in the marketplace so that the general public will ask for an ASHI Inspector. The first issue can be accomplished by increasing and tailoring the new member benefits so that ASHI helps them succeed in the marketplace. The second issue can be done by increasing our exposure on social media; this is such an untapped market for ASHI.

Strategic plan goals include increasing online education options for our members. In addition to presenting our annual InspectionWorld® conference, we should add one or two smaller regional (two-day) events. Also, we should create two other certificate programs to go along with our ACI certification.