By Edited by ASHI Staff | March 01, 2009
Mason Earns Monahon Award
ASHI Certified Inspector William Mason from Sarasota, Fla., accepted the Philip C. Monahon award from Ken Salvo at InspectionWorld in Orlando Fla. The award recognizes a member who, like Philip Monahon, has contributed to ASHI over a period of time. Mason, who joined ASHI in 1990, was an ASHI director for two terms and has served on the Insurance and Public Relations Committees. He works with homeowners to ensure that their homes are natural-disaster-proof through his company, Second Opinion Home Inspections. 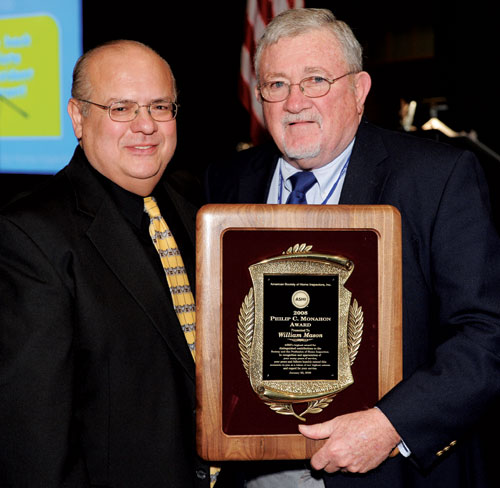 Salomon Honored With Cox Award
Kurt Salomon, an ASHI Certified Inspector from Salt Lake City, accepted the John E. Cox Award at InspectionWorld Orlando from Scott Warga for his outstanding service to the Utah Chapter. According to the nomination letter, Salomon has passionately promoted the chapter since he founded it in 1997, has served four years as its president and recently oversaw a 47 percent increase in membership.  ASHI created this award to honor those who emulate the work of John E. Cox, who gave unselfishly of his time and talent in support of two ASHI chapters. 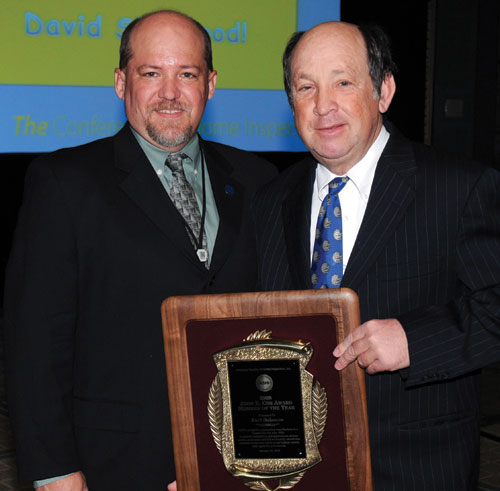 Ryan Receives President’s Award
ASHI 2008 President Brion Grant said he selected Brendan Ryan, Valencia, Pa., for the President’s Award “because of the incredible behind-the-scenes work he did on creating the certification program from scratch, while also serving on the difficult, but important governance task force. Brendan worked hard on both relatively thankless tasks and actually seemed to enjoy it most of the time!” 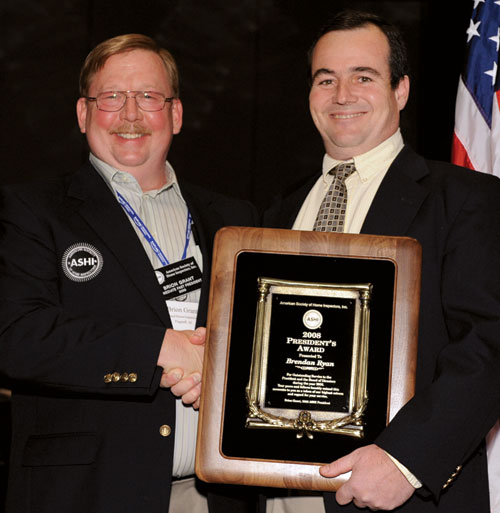 Hemsell for Ironman
2008 ASHI President Brion Grant explained his choice of Jim Hemsell, Denton, Texas, as Ironman, as follows:
“He has been serving ASHI and the home inspection profession for many years. He has served on many ASHI committees from the 90s on, helped create and set up two different chapters in Texas, served for six years on the Examination Board of Professional Home Inspectors and now serves on the ASHI Board. Few have worked so hard for so long for the good of the entire profession!” 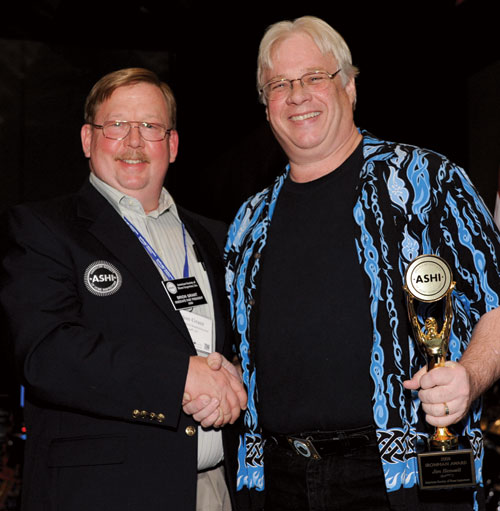 Established in 2003, the Chapter Awards recognize the two ASHI chapters that have shown the most growth of membership by numerical count and greatest percentage of new members over the past year.
The Iowa and Utah Chapters received the honors this year.

The more recent Chapter Enterprise Award goes to the top chapter in each of two categories that has the most members registered for InspectionWorld.

This year, the $750 prize went to Arizona in the more-than-30-chapter-members category and to Alaska in the smaller chapter category. 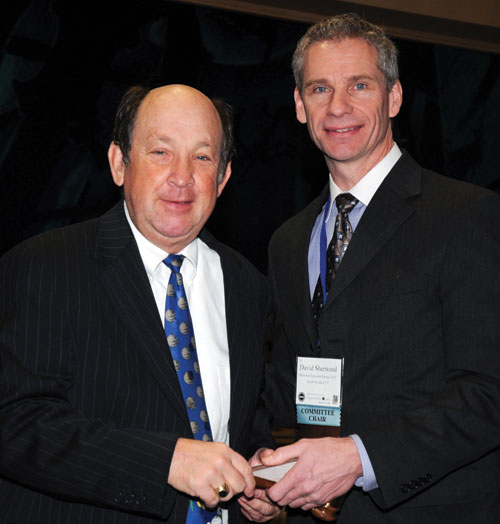 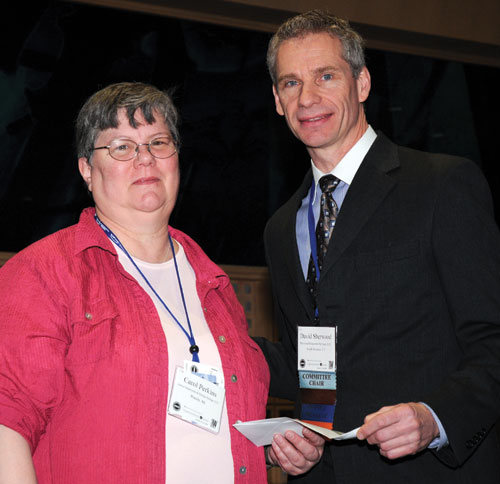