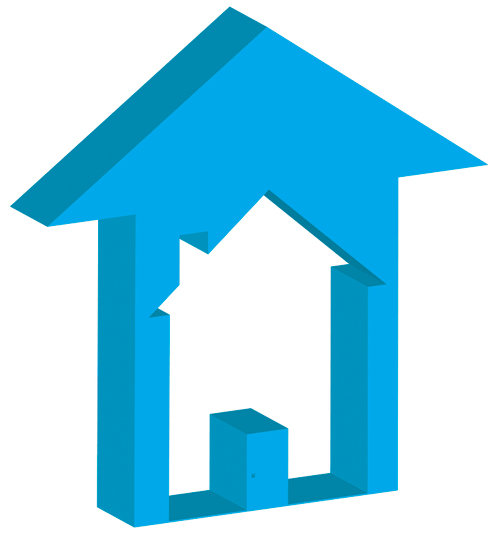 The list of U.S. housing markets showing measurable and sustained improvement rose by four to include 84 metros in July, according to the National Association of Home Builders/First American Improving Markets Index (IMI). This number includes representatives from 32 states plus the District of Columbia.

The index identifies metropolitan areas that have shown improvement from their respective troughs in housing permits, employment and house prices for at least six consecutive months. The July IMI includes 73 metros that held their positions on the list from June, as well as 11 newly added markets. Notable new entries include such geographically diverse places as Prescott, Ariz.; Springfield, Mass.; St. Cloud, Minn.; and Houston, Texas.

A complete list of all 84 metropolitan areas currently on the IMI, and separate breakouts of metros newly added to or dropped from the list in July, is available at www.nahb.org/imi.

The NAHB/First American Improving Markets Index (IMI) is released on the fourth business day of each month at 10:00 a.m. ET unless that day falls on a Friday — in which case, the index is released on the following Monday. A full calendar of future release dates can be found at www.nahb.org/imi. 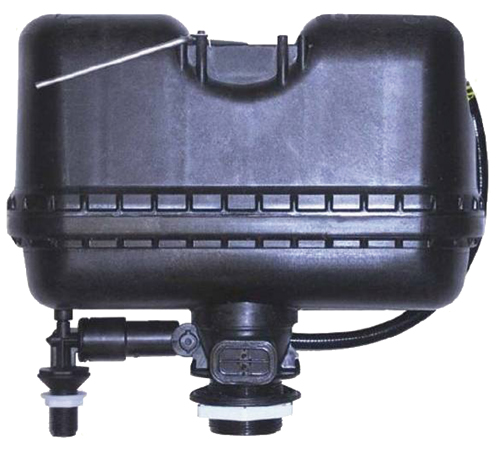 The U.S. Consumer Product Safety Commission and Health Canada, in cooperation with Flushmate, of New Hudson, Mich., a division of Sloan Valve Company, announced a voluntary recall of Flushmate III Pressure-Assisted Flushing System. The system can burst at or near the vessel weld seam, releasing stored pressure. This pressure can lift the tank lid and shatter the tank, posing impact or laceration hazards to consumers and property damage.

Flushmate has received 304 reports of the product bursting, resulting in property damage and 14 impact or laceration injuries.

This recall is for Series 503 Flushmate III Pressure Assisted flushing systems installed inside toilet tanks. The recalled systems were manufactured from October 19 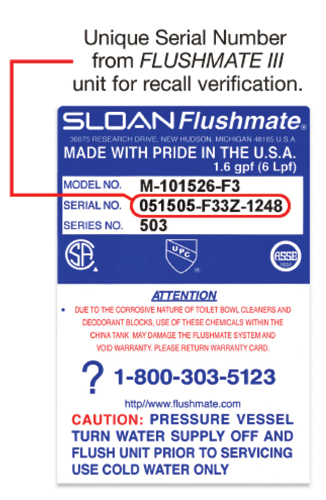 97 to February 2008. The units are rectangular, black, two-piece vessels made of injection-molded plastic. The date code/serial number is 16 characters long and is located on the label on the top of the Flushmate III. The first six numerals of the serial number are the date code. The date code range for this recall begins with 101497 (October 14, 1997) and continues through 022908 (February 29, 2008).

It was sold at the Home Depot and Lowe's stores, distributors and plumbing contractors nationwide for about $108, and sold to toilet manufacturers including American Standard, Crane, Eljer, Gerber, Kohler, Mansfield and St. Thomas.

More than 130 code officials, fire officers, architects, plan reviewers, organizations and businesses have shown their support for the Coalition for Current Safety Codes (CCSC) and the number is growing daily. The coalition will advance public safety in the built environment by advocating states and municipal jurisdictions adopt current building, fire prevention, sustainable, electrical and life safety codes. The alliance, announced on June 5, was formed by the International Code Council (ICC) and the National Fire Protection Association (NFPA).

Individuals, associations and businesses who want to advance safety by advocating for the adoption of current safety codes are invited to demonstrate their support for the coalition's initiatives. To be a part of the alliance, go to www.coalition4safety.org/involve.html. 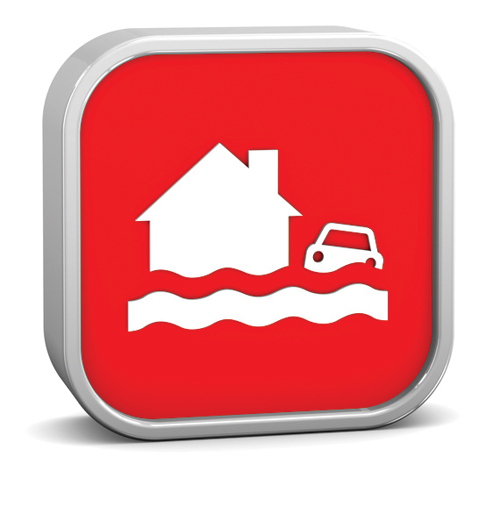 The Biggert-Waters Flood Insurance Reform Act of 2012 has passed as part of a transportation funding bill and was signed into law by the president. The legislation extends NFIP authority through September 30, 2017.

NFIP protects property owners in more than 21,000 communities where flood insurance is required for mortgages. More than 5.6 million property owners rely on the program against flood-related disasters, which claimed more lives and property than any other natural disaster in the U.S. over the past century. In fact, floods are the most common natural disaster in the country; since 1990, floods have been declared in every state, along rivers and anywhere rain falls or snow melts.

For some time now, Congress has been approving short-term extensions of the NFIP authority to issue flood insurance policies. Since September 2008, there have been more than 17 extensions and authority has been allowed to expire two times, delaying or cancelling 1,300 real estate transactions each day of the lapse, according to NAR research. During the June 2010 lapse, NAR survey data estimates that more than 40,000 home sales were delayed or canceled, which undermined homebuyer and investor confidence.

Source: The National Association of Realtors®


Be Prepared for Disasters of all Kinds

Do you have a plan in place to protect your employees, lessen the financial impact of disaster and reopen your business quickly to support economic recovery in your community? The U.S. Small Business Administration offers both general preparedness information and resources in the advent of specific disasters such as hurricanes, earthquakes, tornadoes, wildfires and floods.

In addition to natural disasters, cyber security is addressed with tips for your small business. Most of the information can be found at www.sba.gov/prepare.

The FCC's Cybersecurity Hub at www.fcc.gov/cyberforsmallbiz has more information, including links to free and low-cost security tools.